Cuban immigrants in the U.S. reject personal and travel threats 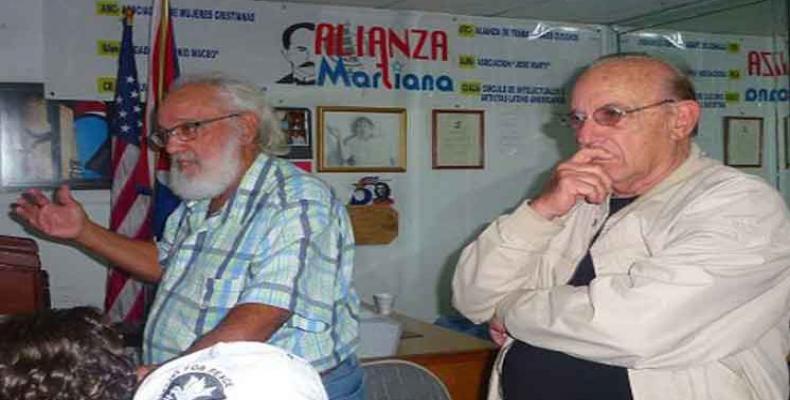 Washington, January 27 (RHC)-- The Alianza Martiana, which brings together organizations of Cuban immigrants in Miami, rejected threats against the members of the coalition and for the trips to the island painted on its premises.

In the 19 years that we have occupied this place, nothing like this has ever happened, said the group in a press release.

"It seems that counterrevolutionaries of a new type, opportunists thirsty for a share of the millions of dollars allocated by the administration of President Donald Trump against the rights of the Cuban people could be responsible," the text stressed.

The document added that 'whomever the cowards responsible for this vandalism does not matter to us,' and 'nothing will frighten us.'

"Firm and committed as always, we will maintain our struggle defending the independence and freedoms of the Cuban people and the rights to relate to our families and the rest of society," the release stressed.

On the other hand, the Alianza Martiana reported that on Monday it paid tribute to Cuban National Hero, José Martí, on the occasion of the 167th anniversary of his birth, and celebrated the 19 years of its existence as a coalition.