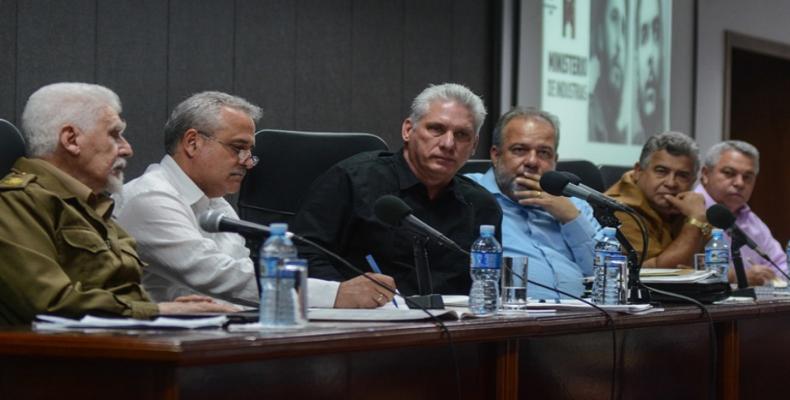 Havana, February 20 (RHC)-- Modernizing production lines and manufacturing designs, increasing the export of goods and satisfying the demand of the domestic market were some of the challenges of the national industry identified on Thursday, during the annual stock-taking meeting of the Ministry of Industry.

Speaking at the gathering, Cuban President Miguel Díaz-Canel insisted on the importance of working to answer in every possible way current domestic needs with national production and help to break the import mentality that prevails in the country.

After urging the sector to have a more significant impact on the country's Gross Domestic Product (GDP), currently, at 12 percent, the President called for rescuing foundational lines of the national industry.

He spoke of the need to bring to the stores products made in Cuba, such as fans, cell phones, decoder boxes for digital television and radios.   "We have to strengthen the textile and footwear industries," the Cuban President said at the meeting.

The university-business relationship was a recurring theme during the meeting, as well as the various investments being made in the sector and the need for financing to boost specific productions.

In this regard, Prime Minister Manuel Marrero proposed the creation of a working group that would hear from the industries to channel finances to initiatives that will replace imports with national production.