Council of State meets in Havana 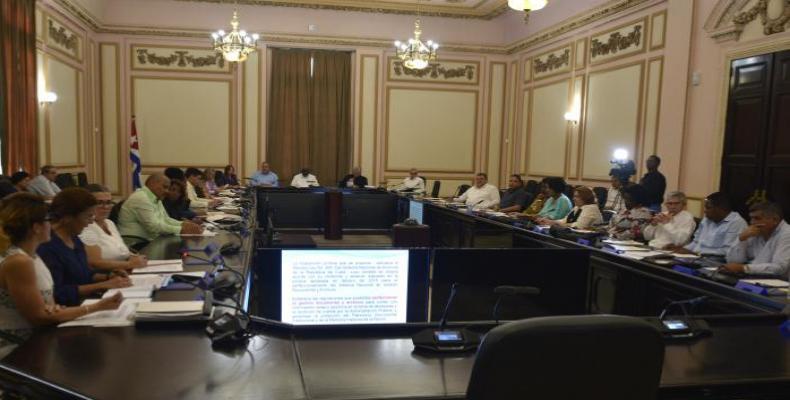 Following the legislative schedule agreed upon by the National Assembly of People's Power, the body presided over by Esteban Lazo Hernandez, approved two decree-laws.

One regulates the National System of Documentary Management and Archives of the Republic of Cuba, and the other stipulates the establishment of the National Commission on Genetically Modified Organisms in Cuban Agriculture.

The Council of State also agreed to update the organization and functioning of the Working Group that directs, coordinates, and controls legislative activity.  An analysis of the Organic Regulations of the National Electoral Council was also on the agenda.

At the proposal of the Attorney General´s Office, the Council of State appointed new prosecutors that will serve on that body.

It also agreed that, until the new Law of the People's Courts is issued, the provincial Councils of People's Power will elect professional judges from the provinces and municipalities.