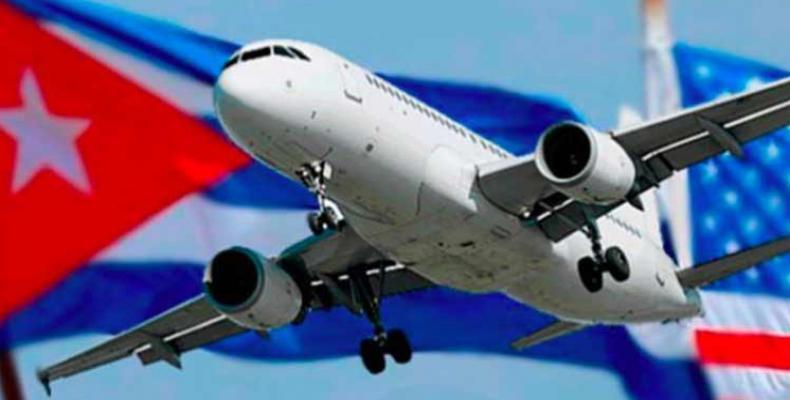 This decision, announced last January 10 by the Department of State, cancels routes to nine airports on the island, affecting the Cuban people and their families living in that country, the main customers of the airlines involved.

Recalling the measure on Twitter, Foreign Minister Bruno Rodriguez said the ban severely damages Cuban families and their ties, violates the human rights of Cubans, and the freedom of travel of Americans.

The new prohibition adds to the long list of aggressive actions taken by the Donald Trump administration against Cuba, including the banning of regular U.S. airlines from operating to cities in the interior of Cuba.

According to Miguel Peña, director of the Frank País International Airport in the eastern province of Holguin, 14 weekly charter flights of Swiftair airlines were arriving in that province with more than 1,460 passengers.

As of now, he said, they will have to travel some 730 kilometers from the José Martí terminal in Havana or come from other countries.

Regarding the latter option, he explained that some alternatives have emerged to connect the center and east of Cuba with the U.S.

He mentioned the establishment of the routes Miami-Nassau, Bahamas-Holguin and a similar one with final destination to the city of Santa Clara, in the center of the country.

Peña explained that the first aircraft of the Bahamas national airline would land at the Holguin airport on March 19.  Two days before that at Abel Santamaría International Airport in Villa Clara, with two weekly flights.

He added that the Bahamasair has been operating to Havana for some years and will use Boeing 737-700 aircraft, with a capacity of 138, for its extension to the central and eastern regions.

The coercive measures of the U.S. administration against Cuba are adopted under the pretext of cutting off government income, ignoring that those who suffer most are the thousands of people who want to visit family and friends.