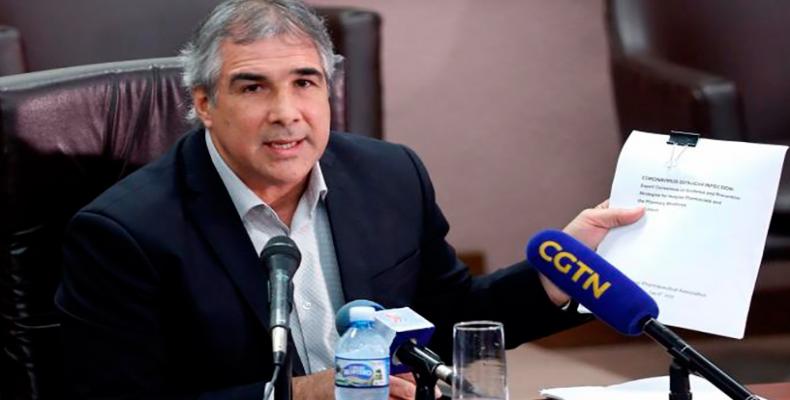 Havana, March 14 (RHC)--Cuba said on Friday it has enough reserves of an antiviral drug which has been used to treat COVID-19 in China to cover the island’s demand and also that of other countries.

Eduardo Martinez, president of the state group BioCubaFarma said: “We are receiving requests from a large group of countries that are asking us to make it available.

“We can supply it without risking the quantities required for the country.”

The company manufactures the antiviral Interferon alpha 2B, which has been combined with other drugs to treat the coronavirus.

It has been produced since January at the Chinese-Cuban plant ChangHeber in the Chinese province of Jilin.

Interferon is one of the star products of Cuban biotechnology and has also been used against viral infections such as HIV, the human papillomavirus and hepatitis B and C.

BioCubaFarma said 15 countries in Latin America, Europe, Africa, and Asia had requested information or supply of the drug.

Eulogio Pimentel, director of the Center for Genetic Engineering and Biotechnology Havana (CIGB), said Cuba has an inventory to treat all those infected in China.

Directors at BioCubaFarma also said that, despite the shortages provoked by the United States blockade, 22 medicines that could help treat the coronavirus are secure.

Cuba has reported four infections, three Italian tourists, and one Cuban national, with dozens of others quarantined with suspected cases.

The country was one of the last in the Americas and the Caribbean to report the presence of the infection in its territory.