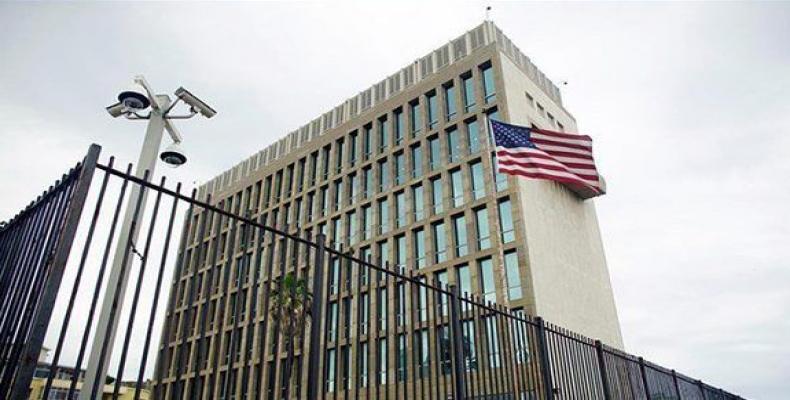 Havana, March (RHC)-- The U.S. government, through its embassy in Havana, is asking countries currently receiving Cuban medical aid to stop the spread of COVID-19, to reject that contribution.

The Cuban News Agency reported that the embassy twitted on Wednesday that "the government of Cuba keeps most of the salary its doctors and nurses earn while serving in its international medical missions while exposing them to egregious labor conditions."

The message from the U.S. embassy has ellicited numerous expressions of repudiation on social media. It takes place when the island participates in the confrontation with COVID-19 in China, Nicaragua, Venezuela, Suriname, Grenada, Jamaica, Belize, and Italy.

Contrary to this position of Trump's government, several world leaders, former presidents, and international personalities have recognized the selfless work of the Cuban professionals, who offer their solidary and disinterested help wherever they are needed.

Once again, the White House attacks the Cuban health professionals, who have carried out missions in 164 countries in Africa, Latin America and the Caribbean, the Middle East, and Asia.

Washington has stepped up its campaign to discredit the Cuban doctors, who were forced to leave their posts in countries like Bolivia, Brazil, and Ecuador.  Those country's right-wing governments and supporters of President Trump have accused the Cubans of instigating and fostering the social protests that these countries have faced.