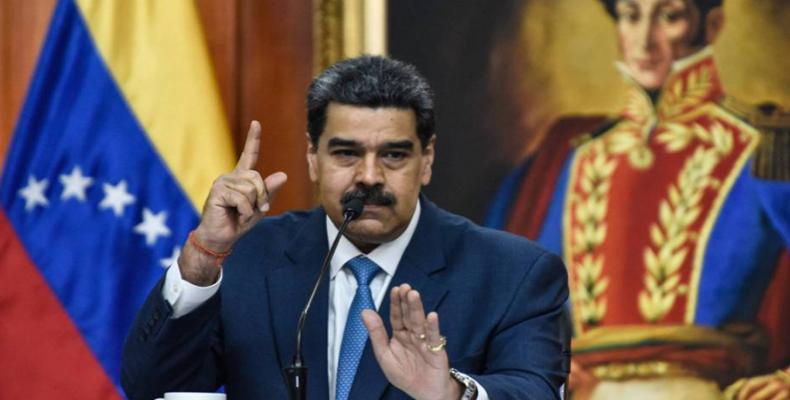 The head of Cuban diplomacy expressed that such accusations are based on shameless lies.

"At a time when the international community seeks unity to confront the COVID-19, the White House insists with its threats and prohibitions against some countries," he said.

"Even in times of COVID-19, the U.S. government shows that it constitutes the main threat to the peace and tranquility of Our America," tweeted Rodríguez.

The U.S. Justice Department made public on Thursday trumped charges of narco-terrorism against the top figures of the Bolivarian government of Venezuela. It offered a $15 million reward to those who provide information that allows the arrest and prosecution of Maduro.

The U.S. government also accuses the Venezuelan government of plotting a conspiracy with the Revolutionary Armed Forces of Colombia (FARC) to "flood the United States with drugs," according to the Telesur website.

In the midst of the global crisis facing the planet as it tries to contain the advance of the coronavirus, declared a pandemic by the World Health Organization (WHO) on March 11, the Trump Administration continues its campaign to discredit several countries, including Venezuela and Cuba, the latter accused of offering its health professionals who provide solidarity aid as slaves in inhumane working conditions.