Cuban medical brigade leaves for Angola to fight against COVID-19 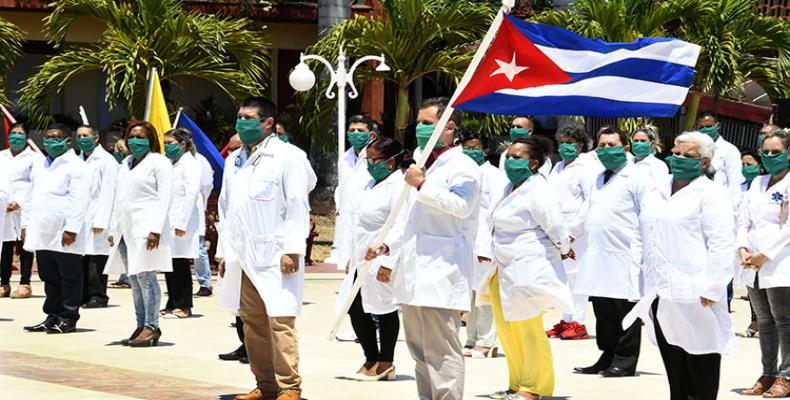 Havana, April 10 (RHC)-- A  contingent of the Henry Reeve International Brigade left for Angola on Thursday to support other Cuban collaborators who are fighting the Covid-19 pandemic in that African nation.

This is the 17th brigade of the Henry Reeve Brigade and the first of its kind to arrive in the African continent under the current circumstances.

The group is made up of 214 health professionals,  medical doctors as well as nursing graduates and technicians.

The group was given the Cuban Flag by the Secretary-General of the Cuban Trade Union Federation, Ulises Guilarte de Nacimiento.

He told its members that they will be the protagonists of a new episode of the humanist and solidarity tradition of the Cuban Revolution.