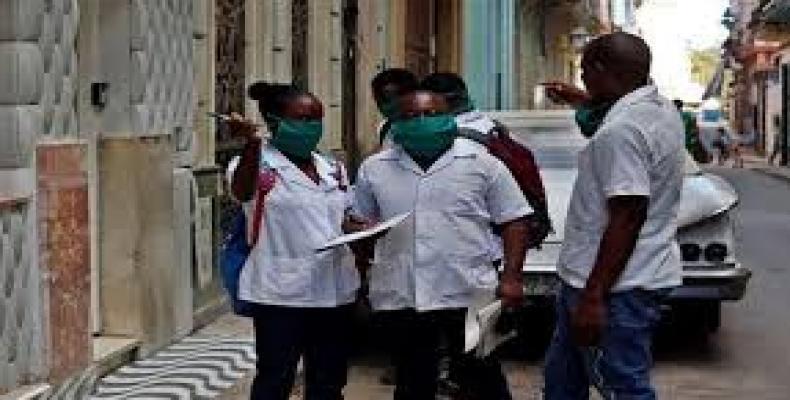 Havana, April 22 (RHC)-- Dr. Disnaldo Raúl Pérez González, general director of the National Institute of Hygiene, Epidemiology and Microbiology, proposed to the Provincial Defense Council (CDP) of Havana a strategy for social distancing that would make it possible to anticipate the infection and transmission of COVID-19.

According to the researcher, there are models that can be used to determine the scope of the virus.  The epidemic curve indicates that the number of cases will continue to grow during the next four weeks and then progressively decrease; and social distancing is a vital containment measure to prevent the accelerated spread of the disease and to ensure that its behavior remains as the experts predicted.

In view of the use of the term "quarantine," Pérez said that it consists of restricting the activities or separating from the rest of the citizens those who are not sick, but who for justified reasons are suspected of developing the disease, so that the possible spread of the infection is prevented, according to the 2005 International Health Regulations.

The doctor said that the restriction would be extended until the risk of spread has disappeared and that it is usually used as a measure of closure, the completion of at least once the time corresponding to the maximum incubation period of the disease without the appearance of cases (14 days) or two incubation periods from the last detected case (28 days).

Quarantine will always be established taking into account the clinical-epidemiological situation and is applicable to closed units, internal life facilities, isolated locations or villages, where limitation of entry and exit of personnel is feasible; it also requires approval from the higher level.

The requirements for the adoption of the reinforcement of social distancing are the existence of a level of transmission that represents a risk for the population, risky social behavior and low self-responsibility, settlements whose living conditions favor transmission, vulnerable population groups and institutions that, due to their characteristics, favor an increase in cases.

At the same time, areas of economic and social interest are included that should continue to be worked on, in which isolation measures will not be established, but working groups will be set up to assess their epidemiological risks.