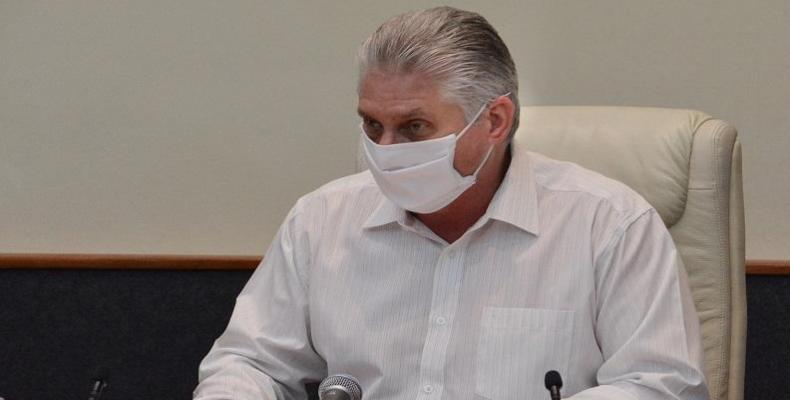 Havana, April 27 (RHC)-- The Cuban government insists on converting agriculture into the main source of food in the Caribbean nation, which today imports a significant part of its food.  This was reiterated by President Miguel Díaz-Canel at the last meeting of the Food Program review.

According to this morning's edition of Granma newspaper, Diaz-Canel warned of the complex times ahead for the world economy, affected by the COVID-19 virus.  In this regard, he called for an increase in agricultural production to meet the needs of the population, promote the development of the sector and achieve greater production chains.

Díaz-Canel called for an end to the import mentality in a country that spends some two billion dollars to buy basic food products from around the world.  According to Granma, the president reflected on the importance that should be given to actions that contribute to the improvement of the land, such as irrigation and fertilizer production.

He also placed special emphasis on investments in the agricultural sector, in which non-State forms of production must necessarily be taken into account.