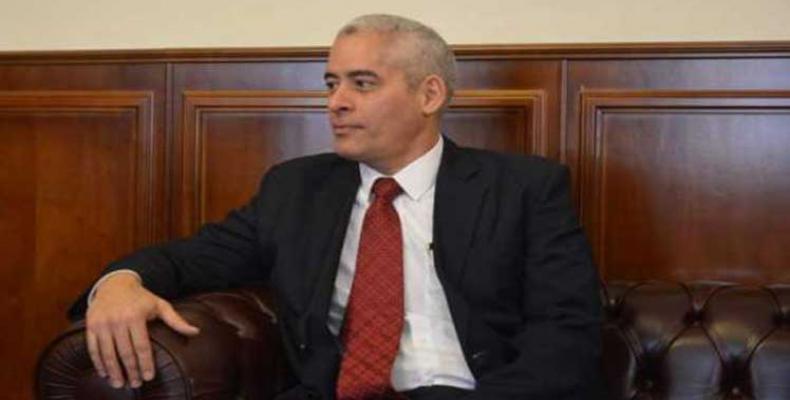 Moscow, May 8 (RHC)-- Russia and Cuba are strengthening their collaboration in a wide range of areas, today marking the 60th anniversary of the re-establishment of diplomatic relations between the two States.

Cuba's ambassador to Russia, Gerardo Peñalver, in an exclusive interview with Prensa Latina news agency, said that in the last five years there has been a substantial advance in bilateral ties in all areas, including trade, scientific-technical, cultural, educational and humanitarian.

"Today we have cooperation and business projects in such important areas for our country as metallurgy, iron and steel, rail and automotive transport, energy, educational collaboration, in the field of science and biopharmaceuticals," he said.

According to the diplomat, there are neuralgic projects for Cuba's economic and social development, such as the modernization and rehabilitation of its railway infrastructure, with investments of more than one billion euros.

This includes not only the modernization of railway tracks, but also the automation, the creation and modernization of workshops, the import of locomotives and passenger cars, Peñalver explained.  In addition, train speeds will be doubled, which will facilitate the transfer of passengers and their comfort.

We have the project of modernization of power plants and construction of new generation blocks, while also collaborating on the issue of renewable energy sources, with very important projects with Russia in this area, said the ambassador.

The Caribbean diplomat pointed out that, on the other hand, Russia closed 2019 with more than 178,000 visitors and, after Canada and the United States, have become the third largest issuer of tourists to Cuba.