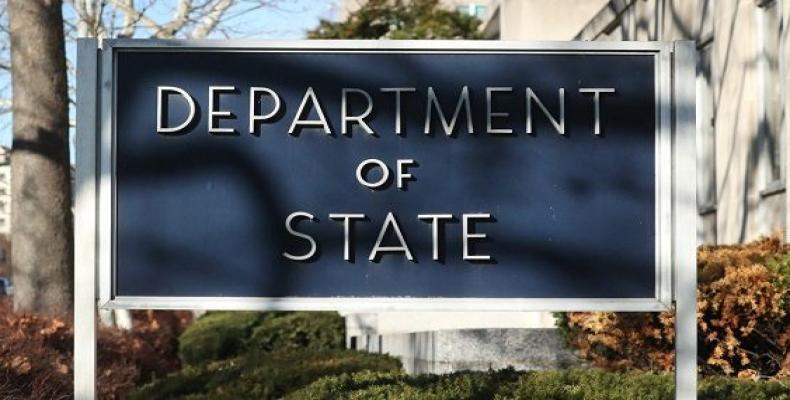 Washington, May 13 (RHC)-- The U.S. State Department has included Cuba on the list of countries that supposedly do not collaborate in the fight against terrorism.  Cuba has not been on the list since 2015, when it was removed by the Barack Obama administration after being included for 33 years.

According to the text, specifically, the U.S. certifies these countries under Section 40A of the Arms Export Control Act as "not fully cooperating" with Washington's anti-terrorism efforts; and, based on that regulation, the sale or licensing of defense articles and services for export to these states is prohibited.

The State Department says that Cuba was included because members of the Colombian National Liberation Army (ELN), who travelled in 2017 to hold peace talks remained on the island in 2019 and refused to extradite 10 members of that rebel organization, after it claimed responsibility for the car bombing at the General Santander School for Cadets in Bogotá.

"Cuba's refusal to engage productively with the Colombian government demonstrates that it is not cooperating with the work of the United States to support Colombia's efforts to ensure fair and lasting peace, security and opportunity for its people," the document states.

It also mentions that Cuba is home to several fugitives from U.S. justice; among them is Assata Shakur, who was convicted of allegedly killing a police officer in 1973 and was granted political after escaping prison and arriving in Cuba in 1984.