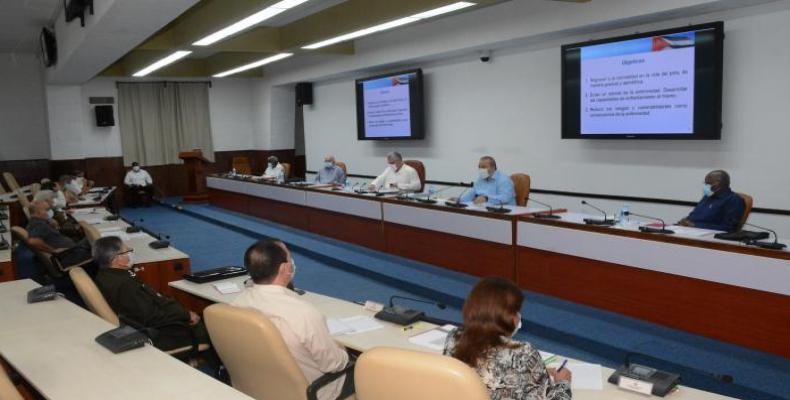 Havana, June 11 (RHC)-- Cuba is preparing to enter the first stage of recovery by keeping the COVID-19 epidemic under control in the national territory -- "the result of the work of all the institutions and the participation of our people, who have been an active element in the confrontation."

This was the opinion of President Miguel Díaz-Canel during the extraordinary session of the Council of Ministers -- directed by Prime Minister Manuel Marrero Cruz -- where the Plan of Measures to be implemented in three phases of the first stage of the country's recovery was presented.

Granma newspaper reports that this meeting of the highest body of the Cuban government was preceded by a meeting of the Political Bureau of the Central Committee of the Communist Party of Cuba, chaired by its First Secretary, Army General Raul Castro, where "the work strategy that we must carry out was approved."

Díaz-Canel recalled that "the strategy to confront the pandemic has been drawn up, which contains two stages. The first of these is precisely the post-COVID-19 recovery, which implies returning to the greatest possible normality.

In the next few days, he added, "each of the measures and actions will be required to be ready and implemented when we take that step."

The President of the Republic referred to the indicators that are pointing to the control of the epidemic in Cuba, among them, he said, "we are back to the moment when there are less admissions than discharges in the health system, active events are decreasing and also positive cases per day."

Added to this is the improvement of medical treatment protocols, based on the criteria of experts, international experiences and the contribution of the Cuban biotechnology and pharmaceutical industry, which has led us to a position of control of the disease, which has meant that in the last 11 days we have not had to regret deaths from COVID-19 and there have been fewer serious and critical cases.