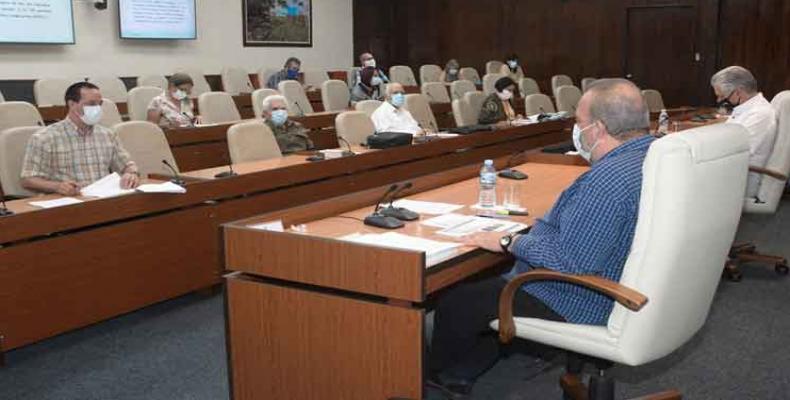 Havana, June 28 (RHC)-- Cuban President Miguel Díaz-Canel said that there are a number of ideas agreed upon within the scientific community that should have an impact on food production.

During the meeting he leads with Prime Minister Manuel Marrero of the temporary working group for the prevention and control of the new coronavirus, the president reported on a meeting with several scientists which was aimed at supporting food production.

"This is one of the nation's greatest emergencies and requires the promotion of Cuban science, as was demonstrated in the successful confrontation with COVID-19," said the President of the Republic's website.

"There is a group of ideas that have been agreed upon and discussed these days that should impact on food production," explained Díaz-Canel.

Along with this work, the head of state said that each territory, each production system at the local level, must continue to take strong action of food management that allows us, in this stage of recovery, to reactivate agricultural production, improve all distribution systems and food marketing.