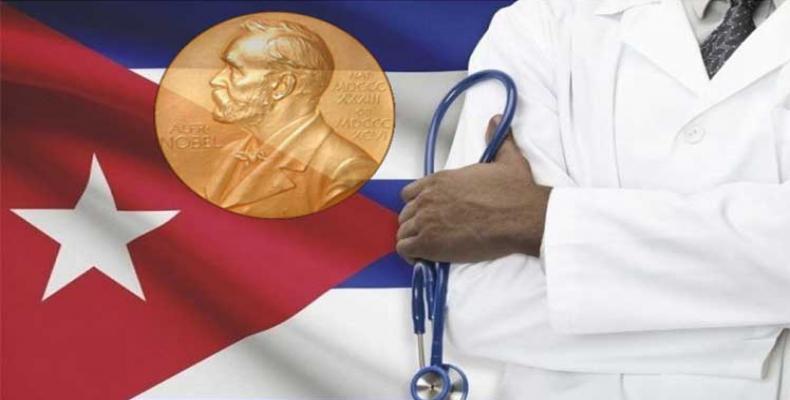 Havana, July 1 (RHC)-- The International People's Assembly (IPA) has issued a call to sign and disseminate the petition for the 2021 Nobel Peace Prize Committee to award the Henry Reeve Cuban Medical Brigade, which is offering its solidarity assistance in various nations of the world.

Made up of representatives of more than 180 organizations of 87 countries and five continents, the IPA argued that the health brigades fulfill diverse missions in the world facing serious epidemics and climatic catastrophes, for which they have saved more than 80 thousand lives in 27 countries.

"Beyond its signature, we suggest that this petition be widely shared among the organizations' members and activists, as well as among other international organizations and networks that recognize the medicine and internationalist values of the Cuban Revolution as examples of humanity and solidarity," states the text quoted by Granma newspaper in its digital edition.

The International People's Assembly also demands that the heroic work of Cuban health professionals around the world be recognized and publicly valued as a duty for those who defend aid and cooperation rather than individualism and selfishness.  The letter ends with a link to the address: https://www.cubanobel.org/nobelcuba.

The AIP is defined as a means of building a socialist communal alternative, which brings together the most diverse expressions of struggle against imperialism, capitalism, patriarchy, colonialism, latifundia, racism, religious intolerance, wars and repression.

This organization meets in different capitals of the world and draws up protest actions in a personal way or in the media in defense of the communities and populations exploited by imperialist domination.