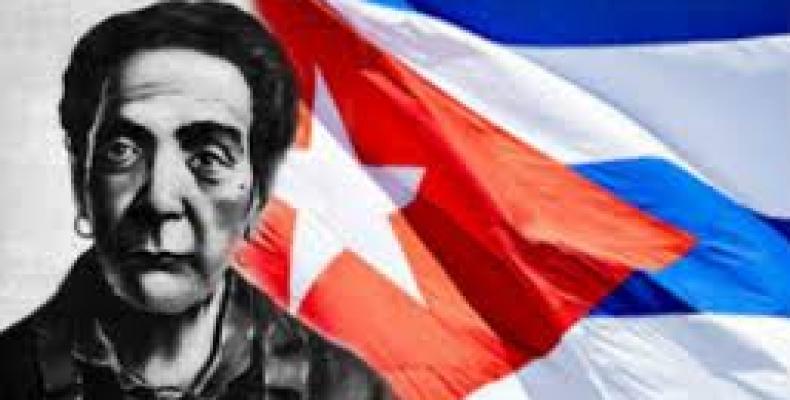 Santiago de Cuba, July 12 (RHC)-- On the 205th anniversary of the birth of Mariana Grajales Cuello, the Mother of the Nation, a posthumous tribute was paid to her this Sunday at the Santa Ifigenia Heritage Cemetery in Santiago de Cuba.

The tribute began with the changing of the Guard of Honor in the Path of the Fathers of the Nation and then a floral offering was deposited in the name of the people of Cuba, in the pantheon where the remains of the Mother of the Maceo family rest.

Roses also arrived from the hands of Lazaro Expósito and Niurka Bell, first secretaries of the Cuban Communist Party in the province and municipality of Santiago de Cuba, respectively, and from Beatriz Jhonson, governor and Yaneidis Hechavarria, President of the Municipal Assembly of People's Power.

Graciela Pacheco, a descendant of the Maceo Grajales family and a researcher at the Antonio Maceo Study Center, stressed that Mariana was a woman with moral strength and high spirit during the war for independence.  She opposed the Zanjon Pact because of the hard pain in the heart of a mother and patriot.

In exile in Jamaica. she encouraged those who visited her to continue the struggle for definitive freedom until her death on November 27, 1893.  Her remains were transferred to Santiago de Cuba, her hometown, on April 23, 1923, to rest in the eastern city's holy ground, where she has been venerated ever since, the historian said.