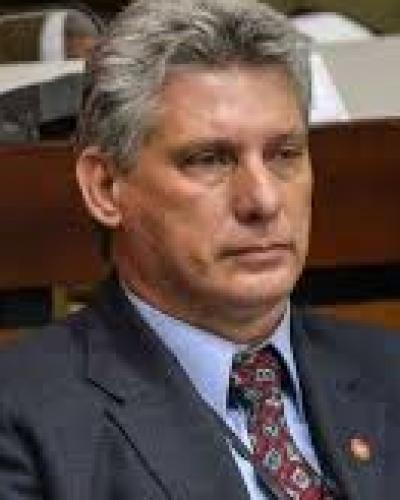 Havana, August  6 (RHC)--  Cuban President Miguel Díaz-Canel, denounced Thursday that the United States is taking advantage of the COVID-19 pandemic to increase the effects of the blockade imposed on the island.

The dignitary said on Twitter that Washington plans to take advantage of the spread of the SARS-CoV-2 virus, which causes the disease, to increase the cost of the siege, increase shortages and cause the suffering of the Cuban people.

Díaz-Canel warned that this strategy seeks to restrict the Caribbean country's sources of income and force the Cuban population to face greater shortages.

Meanwhile, Cuban Foreign Minister Bruno Rodríguez Parrilla also said on Twitter that Secretary of State Mike Pompeo is slandering international medical cooperation amid COVID-19, as a pretext to tighten the blockade on Cuba.

"It distracts attention, with an electoral objective, from the mismanagement in the United States, a country that is reaching five million cases and 162,000 deaths from COVID-19," Rodríguez Parrilla said in his tweet.