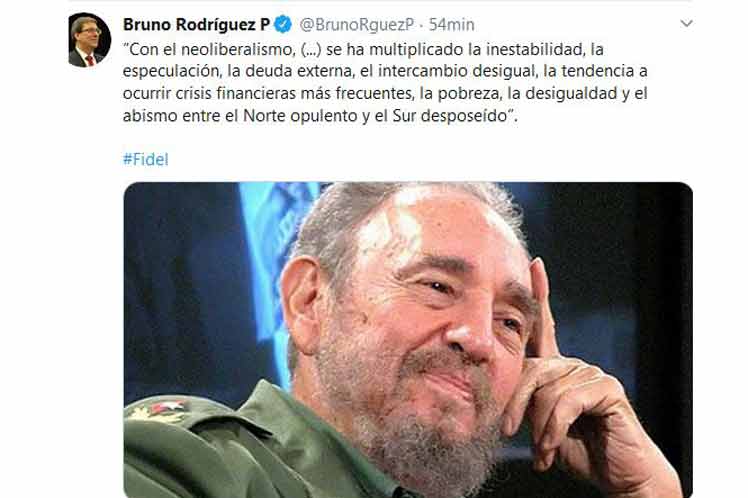 The Foreign Minister shared on Twitter a phrase in which the leader of the Cuban Revolution warned of the effects of such a model.

'With neoliberalism, (...) instability, speculation, foreign debt, unequal exchange, the tendency to occur more frequent financial crises, poverty, inequality and the gulf between the affluent North and the dispossessed South have increased, ' he wrote.

Fidel Castro expressed those words on April 12, 2000, when he inaugurated the South Summit, a five-day event that brought together presidents and political leaders from 122 developing nations, members of the Group of 77.

Recently, the head of Cuban diplomacy criticized the neoliberal approach applied by many governments in their economies, which deepens the crisis generated by the Covid-19 pandemic.

Amid the current scenario, Cuba advocates for the adoption of social policies to protect the neediest, a conception conflicting with the essence of the neoliberal system, as Rodriguez points out.