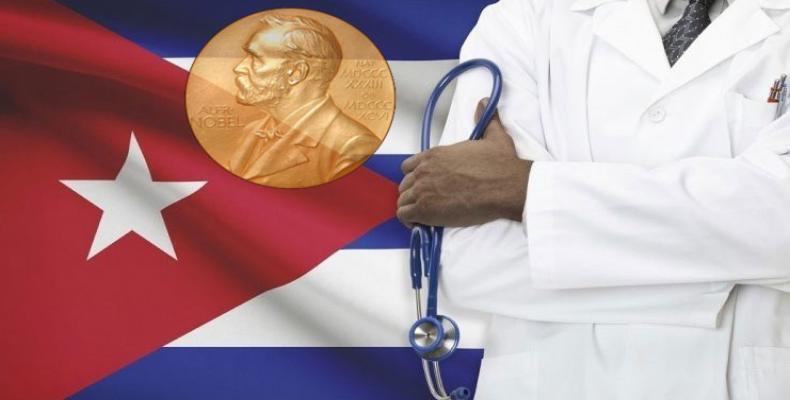 According to Rob Miller, director of the Campaign of Solidarity with Cuba (CSC), in her letter to the Norwegian committee in charge of granting the recognition, Osborne emphasized that the members of the internationalist contingent of the Caribbean island have assisted more than 300 thousand patients from nearly 40 countries during the Covid-19 pandemic.

She also cited the former director-general of the World Health Organization, Margaret Chan, who in 2014 pointed out that Cuba is famous worldwide for its capacity to train excellent doctors and nurses and its generosity and solidarity with developing nations.

In this regard, the representative of the Jarrow district, in the northeast of England, also pointed out that since its foundation in 2005, the Henry Reeve brigade has assisted more than four million people affected by natural disasters and epidemics in Latin America and Africa.

For that great example and for bringing hope to the world's peoples, Cuban doctors are worth the Nobel Peace Prize, she said.

Formal nominations for the Nobel Peace Prize can only be made by legislators, academics, judges of international courts, recipients of awards, and active or retired committee members. They are due by February 1 of each year.

For its part, the CSC made an online petition in support of the recognition for the Cuban internationalist medical brigade, which has collected more than 6,500 signatures.