Cuba will not let the United States interfere in internal affairs 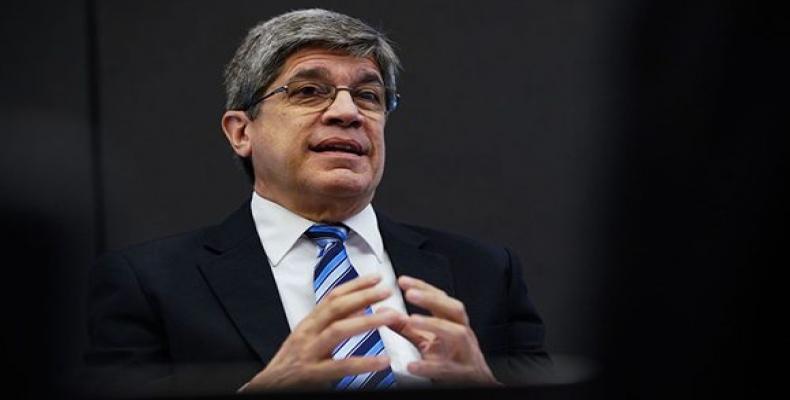 Havana, November 28 (RHC)-- On the evening of Saturday, November 28, 2020, the Director General in charge of the United States at the Ministry of Foreign Affairs, Carlos Fernández de Cossío, summoned the United States Chargé d'Affaires Timothy Zúñiga-Brown, to whom he conveyed that "Cuba does not allow the United States, or any state, to interfere in the country's internal affairs."  He also asked him to convey that statement to the U.S. State Department.

Fernandez de Cossío pointed out to the diplomat that to have gone on several occasions to San Isidro, where his Embassy was aware that an event of political and social provocation was taking place, and to personally transport and support those who were violating the health regulations protecting against the COVID-19 pandemic constituted serious violations of his functions as a diplomat and as head of mission, a flagrant and defiant interference in the internal political affairs of Cuba and unquestionable violations of the Vienna Convention on Diplomatic Relations.

He emphasized that Cuba does not accept such behavior, and will not tolerate him and his Embassy conducting themselves in Cuba in contempt of the law and regulations, in violation of their obligations as diplomats.

The Cuban diplomat clarified that the government of Cuba "is fully aware of the involvement of the United States government in financing, orienting and inciting groups and individuals in Cuba to challenge the government's authority, both through peaceful and violent means," which is aware of "the insistent but failed effort to add to those purposes the most representative sectors of art, culture and intellectuality in the country."

He emphasized that Cuba also has knowledge of the powerful machinery that from the United States manages, manipulates and harasses in the social networks, with an incomparable technological and financial support, in order to spread false information, to incite hatred, to divide the population, to foment resentment and to call for illegal actions.

He clarified that, as in the rest of the world, in Cuba there is "full knowledge of the trajectory of the government of the United States in the overthrow of legitimate governments, in the execution or promotion of coups d'état, in the promotion of social instability at the cost of death and suffering."

Fernández de Cossio was emphatic in stating that the U.S. representative will not be allowed to do so here.