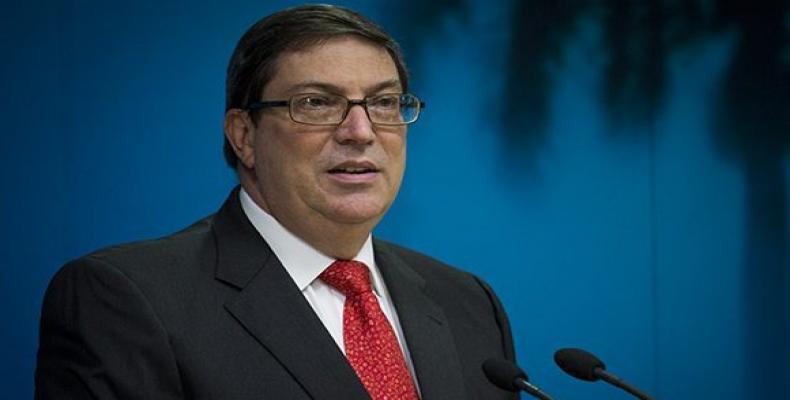 Havana, November 29 (RHC)-- Cuba's minister of Foreign Affairs reiterated Sunday the Island's solidarity with Palestine on the occasion of the International Day of Solidarity with the Palestinian People.

Cuba reiterates its unrestricted support for a just and lasting solution that guarantees a Palestinian State on the pre-1967 borders, with East Jerusalem as its capital, the Cuban Foreign Minister wrote on Twitter.

On November 29, 1947, the United Nations General Assembly approved Resolution 181, which stipulates the creation of a 'Jewish State' and an 'Arab State' in Palestine, with Jerusalem as a corpus separatum, subject to a special international regime.

According to data from Prensa Latina news agency, the date, which celebrates the International Day of Solidarity with Palestine, draws attention to the right of that country to self-determination without external interference, to national independence and sovereignty, to the return to their homes of displaced Palestinians,  and for the return of their property.

The source adds that the ambassador of the Arab nation in Cuba, Akram Samhan, on behalf of his country recently thanked the Island for its support and professionals' training in health and other areas.

We do not accept any solution in which there is no establishment of two states and international law implementation for a sovereign, independent and free Palestinian state, the diplomat said.