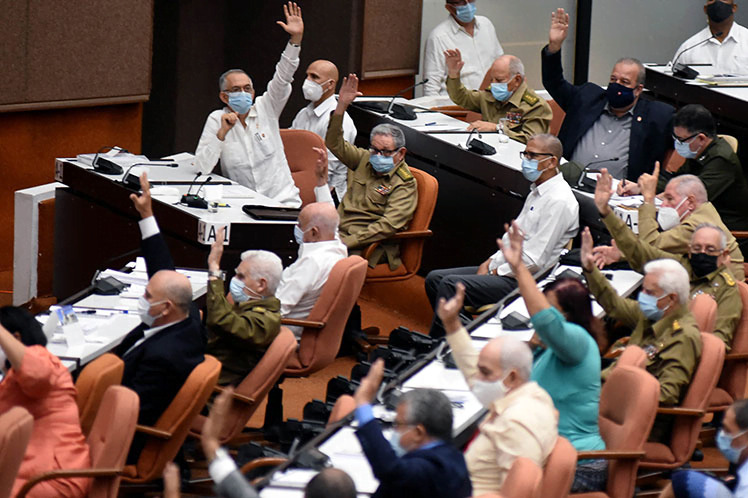 Havana, December 17 (RHC)-- The Cuban Parliament approved on Thursday the Law of Organization and Functioning of the Provincial Government, whose conception is unprecedented in the institutional order established in the island since January 1959.

This is how deputy José Luis Toledo, president of the Constitutional and Legal Affairs Committee of the National Assembly of the People's Power (ANPP), defined it. The Parliament virtually met in Havana due to the health situation.

The new legislation established the Provincial Government of People's Power, integrated by the Governor, as its top official, the vice-governor, and the presidents and vice-presidents of the municipal assemblies and their administrative officers (intendentes).

With this legislation, the provincial assemblies of People's Power and their administrative bodies were eliminated after widespread consultation and a constitutional referendum.

The Provincial Government, a collegiate and deliberative body, represents the State and its fundamental mission is 'the economic and social development of its territory, following the general objectives of the country', says the Constitution.

During the day, the deputies also approved the Law of Organization and Functioning of the Council of the Municipal Administration, which is a regulation which was submitted to thorough analysis.

This law, together with the Law of Organization and Functioning of the Municipal Assemblies of People's Power approved last year, gives body to the local government structures and provides them with the legal order they need for their performance.

The law reaffirms the Council's responsibility with municipal autonomy and its observance with that process, which becomes more critical with the new Constitution and the country's socioeconomic strategy, with policies such as territorial development.