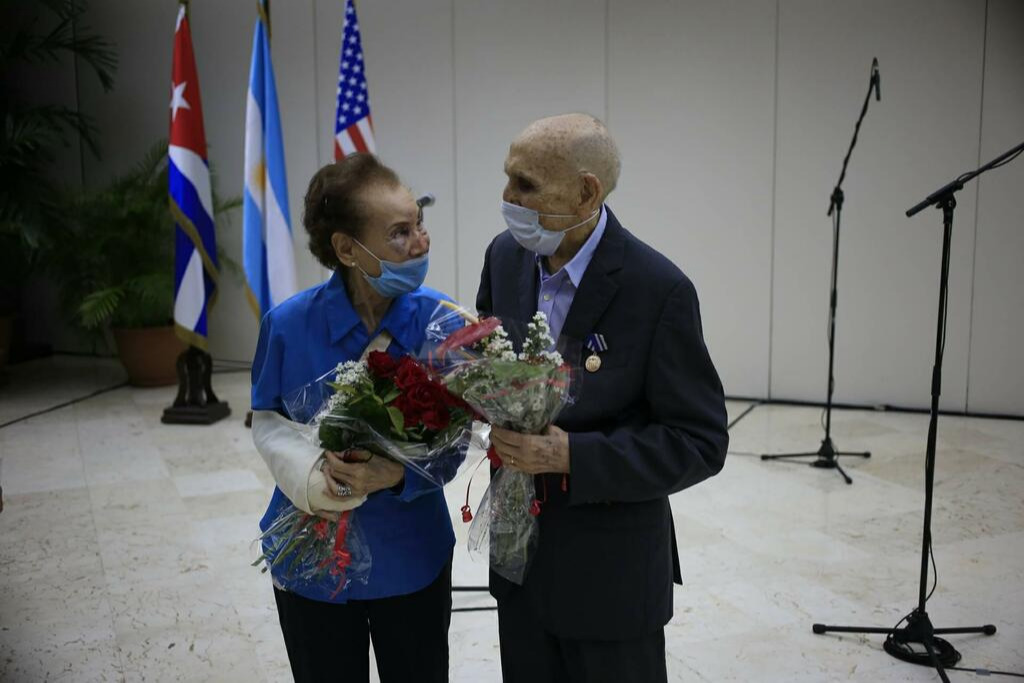 Havana, December 21 (RHC)-- The Distinction for National Culture was awarded to filmmakers Estela and Ernesto Mario Bravo to recognize their extensive and prolific audiovisual work in support of the Cuban Revolution and search for truth.

The ceremony was presided over by Bruno Rodríguez Parrilla, Minister of Foreign Affairs of Cuba (MiNFREX), and Alpidio Alonso Grau, Minister of Culture (MINCULT). They presented the award to the filmmakers.

Nancy Morejón, National Literature Award recipient, praised the honorees, who have been, she said, an amazing duo.

She argued that beyond an invaluable audiovisual legacy, the work of both constitutes a documentary treasure that narrates the fervent Cuban revolutionary epic.

Now, in front of them, I can say that both, an Argentinean and an American, have played like few others a fundamental role in the history of the visual arts of Cuba and Latin America, Nancy Morejon said.

In his words of gratitude, Ernesto Bravo addressed the Ministries of Culture and Foreign Affairs for the recognition and Nancy Morejon for her comments, which in saying his, honor both him and Estela, who are already in the autumn of their lives.

Today we are inspired by the memory of the famous Chilean singer Violeta Parra, with her "thanks to the life that has given me so much," and we can say, thanks to Fidel and the Cuban Revolution and to the heroic and supportive Cuban people who have given so much to our lives, he said.