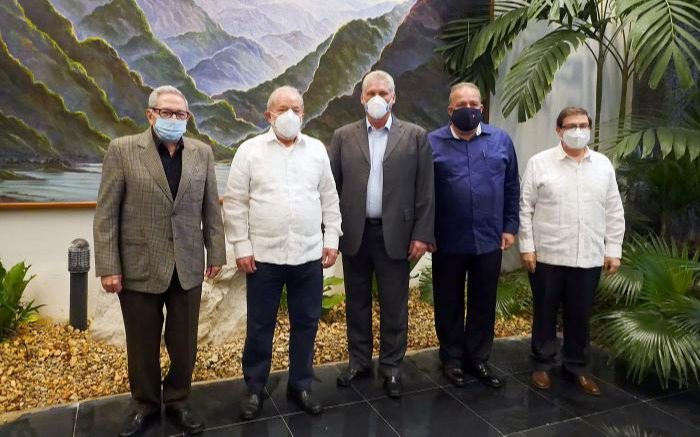 In a fraternal atmosphere, the top Cuban leaders and the Honorary President of the Workers' Party talked about brotherhood's historical relations between both peoples and parties.

Lula thanked the Cuban people for their expressions of solidarity in demanding their full freedom. He condemned the intensification of the blockade and the incorporation of Cuba in the List of States Sponsors of Terrorism by President Donald Trump's government.

He also acknowledged the humanitarian work carried out by Cuban doctors in Brazil and praised the help currently offered by the Island's professionals to other nations of the world.