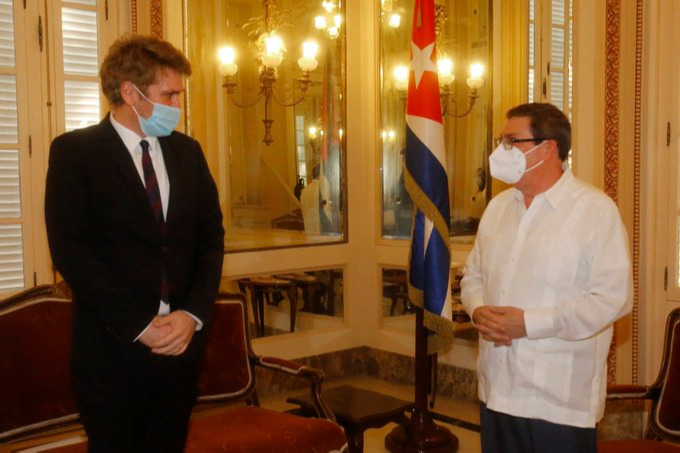 The head of the Cuban diplomacy informed about the meeting held on Monday with the ambassador of that Central European country, Arpad D. Deak, who is finishing his diplomatic tour in Havana.

On September 15, Cuba and Hungary celebrated 60 years of diplomatic ties, which were established with the visit of a delegation from that nation to Havana to meet with the then Foreign Minister, Raúl Roa, and the Argentine-Cuban comandante Ernesto Guevara.

Since the early 1960s, there has been a fluid exchange of high-level delegations and an active cultural, academic, sports, and economic-commercial relationship.

According to Rodriguez Parrilla, efforts are currently being made by both parties to move forward in strengthening bilateral ties in a framework that is in keeping with the conditions and characteristics of the two countries