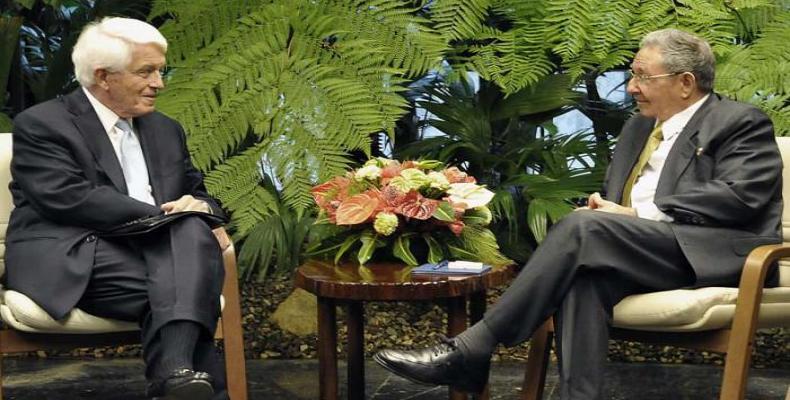 Havana, May 30 (RHC) -– Cuban President Raul Castro met on Thursday with the President of the U.S. Chamber of Commerce Thomas Donohue, who is paying a visit to the island heading a delegation of executives and business people.

Raul Castro and Thomas Donohue addressed issues of mutual interest for their two countries, according to Cuban television.

The meeting was attended by the president of the Chamber’s Board of Directors, Steve Van Andel, the executive vice president and financial director of Cargill Corporation, Marcel Smits and the vice-president for the Americas of the Chamber’s International Division, Jodi Hanson Bond.

On the Cuban side was Foreign Minister Bruno Rodriguez, Foreign Trade and Investment Minister Rodrigo Malmierca, and the General Director for the United States at the Cuban Foreign Ministry, Josefina Vidal.

Donohue, who arrived in Havana on Tuesday, has met with Cuban government authorities and gave a key-note lecture at the University of Havana.