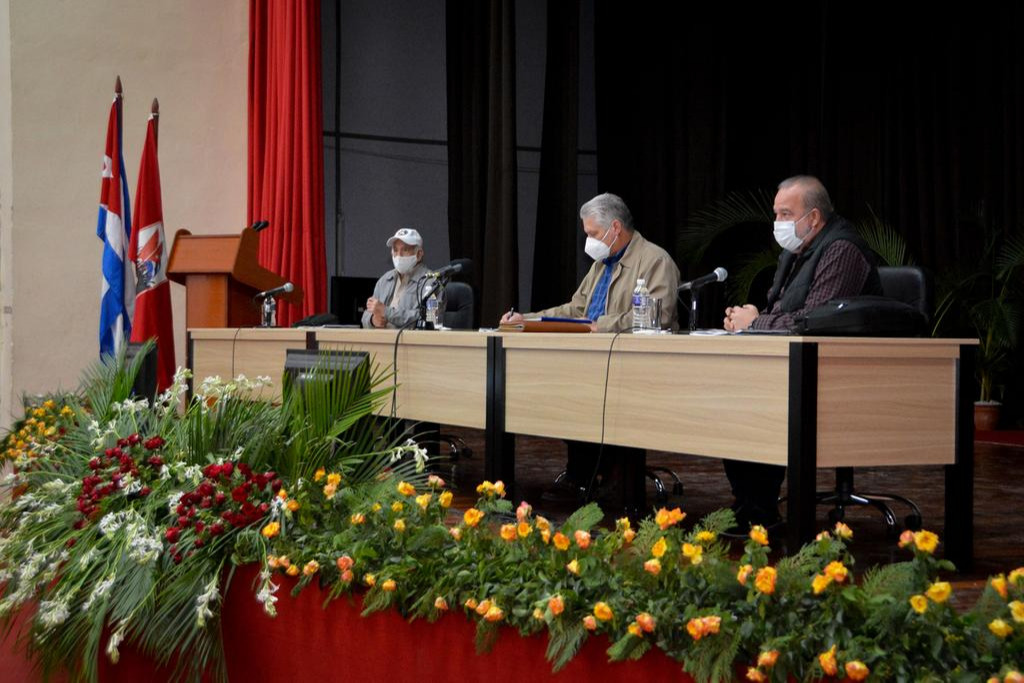 Havana, January 30 (RHC)--Cuban President Miguel Díaz-Canel affirmed Saturday that the complex situations the country is going through with the increase of Covid-19 cases and the implementation of the Ordering Task are opportunities to move forward.

The President alluded on Twitter on the tour that, together with Prime Minister Manuel Marrero and other government figures, he is making around the national territory, to learn about and assess in each province the work strategies concerning these issues.

The challenges are great, and the efforts are even greater,' said the head of state.

On Friday, Díaz-Canel met with leaders of the government and the Communist Party in the eastern provinces of Guantánamo, Santiago de Cuba and Granma, to address the shortcomings that persist in the fight against the pandemic, the implementation of the monetary order, and food production.

The President reiterated the need to take advantage of the experiences obtained in all the months of the fight against Covid-19 and be rigorous in implementing the established sanitary protocols.

Specifically, in Granma, one of the four provinces that remain in the new normality thanks to its results in preventing and controlling the disease, he called not to let down the guard or reduce risk perception.

He indicated to expand the capacities in the centers destined to positive cases to anticipate a possible worsening of the current scenario since the deterioration of the epidemiological situation is observed mainly in two municipalities.

In general, in all the territories, the President's delegation urged to reinforce the active clinical research and the immediacy in the delivery of results of the PCR tests.

Díaz-Canel also insisted on improving the economic management of the entities, and that price increases should not become a cover for inefficiency.

He also urged to generate more goods and services, identify local development projects that respond to the communities' needs, and confront corruption, illegalities, and indiscipline.

This Saturday, the governmental delegation continued its visits of the eastern provinces, and met with the authorities of Las Tunas province.