Cuba will continue in the quest for economic progress, despite the pandemic 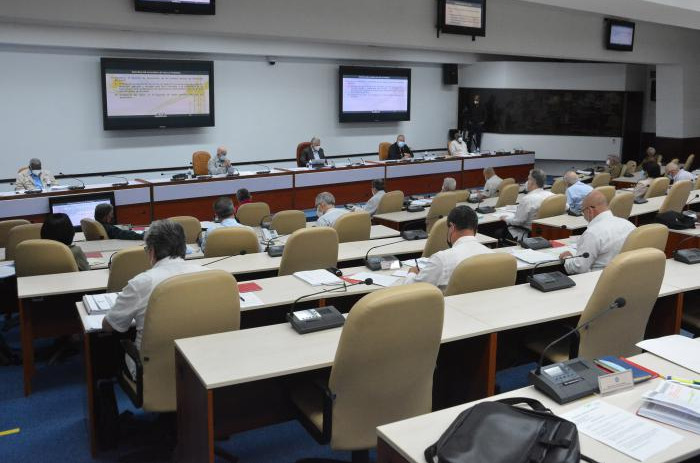 The Council of Ministers evaluated the Economy at the end of February and the new Housing Policy.

Havana, April 2 (RHC)-- Neither the crisis generated by the Covid-19 pandemic nor the impact of the intensified blockade imposed by the U.S. government on Cuba can stop us in the search for new solutions, said Prime Minister Manuel Marrero Cruz.

The head of government led the meeting of the Council of Ministers corresponding to March, which evaluated the Economy at the end of February, a period in which the nation's levels of activity continued to be limited.

Marrero insisted on the need to continue seeking initiatives to save more and find solutions to the country's problems.

"We need to produce more, and in many sectors, the activities being carried out are still insufficient," he assessed during the meeting, which was headed by the President, Miguel Díaz-Canel Bermúdez.

After presenting the most distinctive elements of the Economy at the end of the second month of 2021, Alejandro Gil Fernández, Minister of Economy and Planning, pointed out that it has been a complex beginning for the year in which Cubans have been facing the pandemic and, at the same time, the monetary reform.

Even in these circumstances, he assured, we will not give up any of the goals we have set for this year since we are in conditions to work to achieve the growth that has been designed in the Plan for the EconomyEconomic.

Regarding employment associated with the Ordering Task's impact, he informed that 76,000 people had been incorporated to work during the period under evaluation.

He described as very favorable that 31% of this figure corresponds to young people under 35 years of age. "This is one of the most positive aspects of these first months," he said.

During the meeting, participants discussed the new housing policy in Cuba. It seeks to ensure that real estate management has an economic, rational, and sustainable approach.

The proposal establishes the bases for the allocation of housing and the obtaining of property, its price ordered by the State, the way to finance grants for social interest, and the legal regime for housing