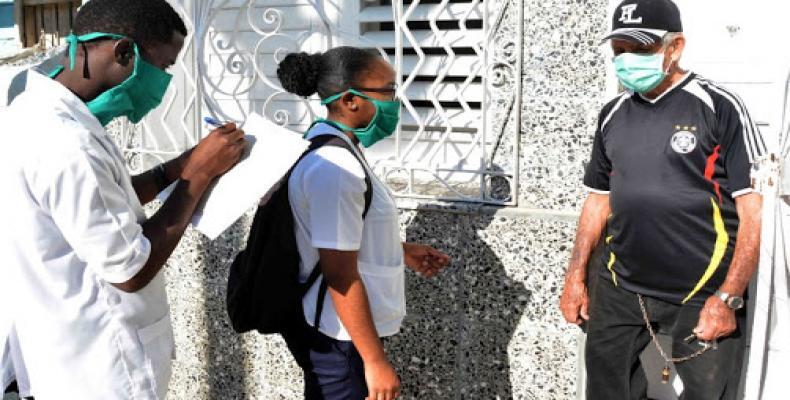 Havana, April 4 (RHC)-- The national director of Epidemiology of the Cuban Ministry of Public Health, Dr. Francisco Durán, reported this Sunday five deaths and 1,162 positive samples for Covid-19 during the last 24 hours, for an accumulated 79,544 diagnoses and 436 deaths since the beginning of the disease in the nation.

This is the highest number of cases reported in one day and the third time in less than ten days that this record has been broken.

Havana continued to reach unprecedented numbers, with 595 cases on Saturday. The same happened to Matanzas with 111 and Granma with 123 cases.

On Saturday, during the meeting of the Temporary Working Group for the Prevention and Control of the new coronavirus, President Miguel Diaz-Canel was emphatic when referring to the situation in the capital, which has been reporting more than 500 cases daily for several days.

"We are going to close, in Havana, whatever needs to be closed". And he observed that the teleworking option is still not being used as it should. On the other hand, he said, it is necessary to continue to see how the commercial institutions make electronic commerce more efficient so that there is a higher level of responses by that means, to attenuate the lines at stores.

The city is not completely closed, said the President, but people should have the minimum possible movement in a transmission situation like the current one. These are some of the ideas, he recalled, that in other moments gave results but that now are not being applied or are not being implemented correctly.

The support that Havana needs from the country, let them ask for it, said Díaz-Canel Bermúdez: "All the support that the country can give, we must give it, starting with all the national institutions that exist in Havana".