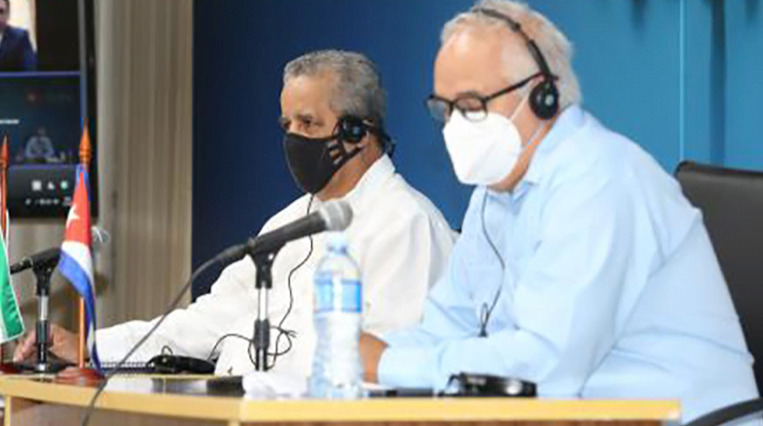 Havana, April 8 (RHC)-- Cuba and Iran ratified their willingness to promote dialogue and boost relations, during a meeting on political consultations.

General Director of Bilateral Affairs at the Foreign Ministry, Emilio Lozada, and his counterpart at the Ministry of Foreign Affairs of the Islamic Republic of Iran, Reza Nazari Ahari, presided over the forum, which was held virtually on Wednesday. According to the CUBAMINREX website, both parties discussed bilateral and multilateral issues.

It also reports that 'they ratified the willingness to continue to promote high-level talks and boost economic, commercial and cooperation relations on topics of mutual interest, including the fight against Covid-19.'

The Cuban diplomat thanked Iran's support to the fight for the lifting of the blockade imposed by Washington on Cuba, as well as its condemnation of the inclusion of Cuba in the list of countries that sponsor terrorism.

The meeting continued the talks between Cuban Foreign Minister Bruno Rodriguez and his Iranian counterpart, Mohammad Javad Zarif, during his visit to Havana in November, 2020.