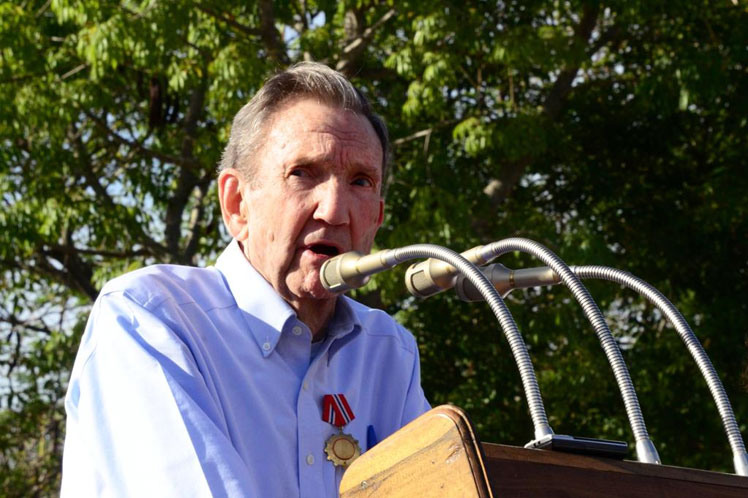 On Twitter, the president stressed that the U.S. jurist accompanied the Caribbean nation in crucial battles and was critical of the great injustices committed by his country in the world.

'Cuba pays grateful tribute to him,' the head of state added on the social network.

Ramsey Clark died on Friday in New York at the age of 93. Concerning the Caribbean nation, he highlighted his accompaniment to the claims for the return of the child Elián González (1999-2000) and the release of five anti-terrorist fighters imprisoned in U.S. jails (1998-2014).

About the process followed against Gerardo Hernández, Antonio Guerrero, Ramón Labañino, Fernando González and René González, he said in 2012 that it was 'a travesty of justice' and that the U.S. government was 'poisoning the well'.

'If I were the Attorney General today and I found out about this propaganda campaign during the trial of the Five, I would have to dismiss the charges. Any attorney general should do the same,' he added.

In November 2013, the Cuban Council of State awarded Clark the Order of Solidarity. He thanked the Cuban people and its Revolution, which he called the greatest that has ever existed.