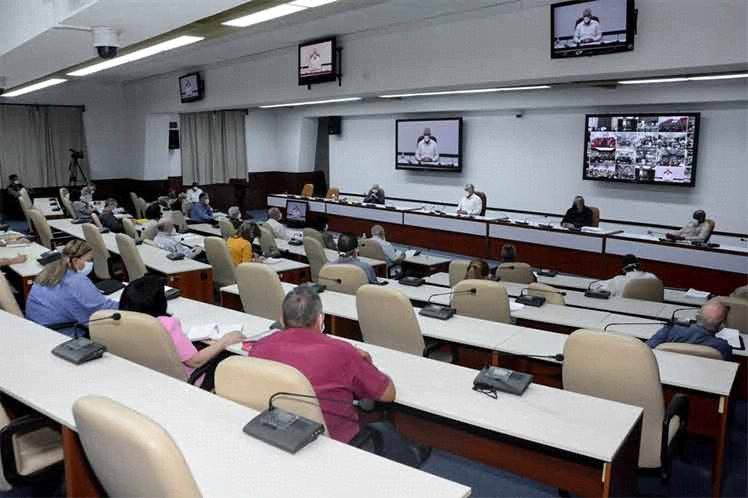 Authorities met virtually with some 1,300 workers of the food sector.

Havana, April 13 (RHC)--The Cuban government approved Tuesday a package of 63 measures, 30 of which are considered a priority and others of an immediate nature, to boost food production in the nation.

During a meeting of the country's top management, and by videoconference with some 1,300 workers in the sector, managers, presidents of cooperatives, and authorities of the island territory, the participants learned about the alternatives to solve structural and organizational problems of the sector.

According to a national television report, the indications seek to eliminate monopolies in the supply of inputs, marketing, deficiencies in the use of the land, prohibitions, inefficient intermediaries, and the repeated difficulty in the non-payment to producers.

In this regard, President Miguel Díaz-Canel stressed that the regulations result from the recent exchange with producers, experts, and scientists to learn about the main obstacles to the development of the agricultural system.

The President pointed out that the short-term objectives include boosting production, eliminating obstacles, and guaranteeing better food.

Urgent measures include the decision to lower electricity and water rates for farmers, lower the price of domestic feed and bio-products, guarantee the marketing of beef, and self-consumption by workers in the sector after fulfilling their commitments with the state.

There is also the authorization to the producers of small cattle to directly sell the meats in the retail network, in national currency or foreign currency.

After learning about the package of provisions, sector employees described it as an example of democracy, 'because everyone was listened to and their claims were taken into account, the report pointed out.