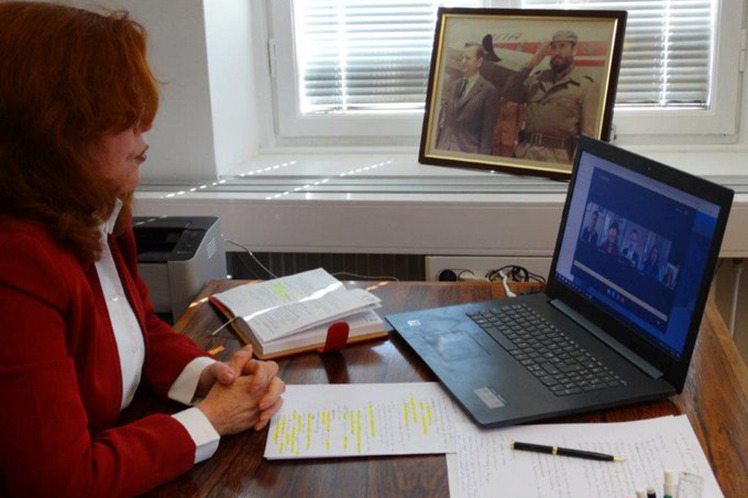 Stockholm, May 11 (RHC)-- Sweden and Cuba expressed interest in strengthening their ties during a virtual meeting between Swedish Foreign Minister Ann Linde and Havana's ambassador in Stockholm, Alba Soto.

In the exchange of views, Linde praised the state of bilateral relations and addressed the usefulness of the Political Consultation Mechanism, whose next round is scheduled for next fall.

She also remarked on the cooperation policy of the European country and its development towards Cuba, framed in the Memorandum of Understanding that governs consultations, in force since 2015.

Meanwhile, the Cuban ambassador ratified the interest in strengthening ties based on their potentialities, including advances in biotechnology such as his country's vaccine candidates against Covid-19.

Soto also took the opportunity to condemn the increasingly tight U.S. blockade against the Caribbean nation and the inhumane conditions of its application in times of pandemic.

After referring to the forthcoming presentation of a draft resolution at the United Nations General Assembly to eliminate this policy, which has lasted more than 60 years, the Cuban diplomat thanked Sweden for its traditional stance in opposition to U.S. hostility.