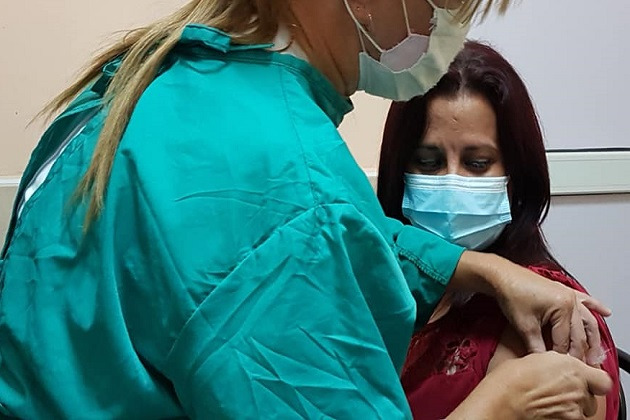 Havana, May 14 (RHC)-- The Havana Provincial Defense Council evaluated on Thursday the health intervention underway as of this week in the Cuban capital.

The local newspaper Tribuna de la Habana reported that during the meeting, Luis Antonio Torres Iríbar, president of the Council, reported that he was able to note the enthusiasm of patients and neighbors during a tour of the health facilities where the vaccination is being carried out.

The intervention with the Abdala vaccine candidate, which started on Wednesday in four municipalities of the province, prioritizes those over 60 years of age. However, it also includes people in the 19-39 and 40-59 age groups.

No adverse events were reported in any of the patients.

The physician announced that the immunogen is also being applied to medical students who are supporting the health intervention process at the clinical sites.

For his part, Dr. Luis Manuel Pérez Concepción, acting provincial director of Health, assured that bedridden patients would be vaccinated at home.