Cuba prepares to reduce risks in the face of natural disasters 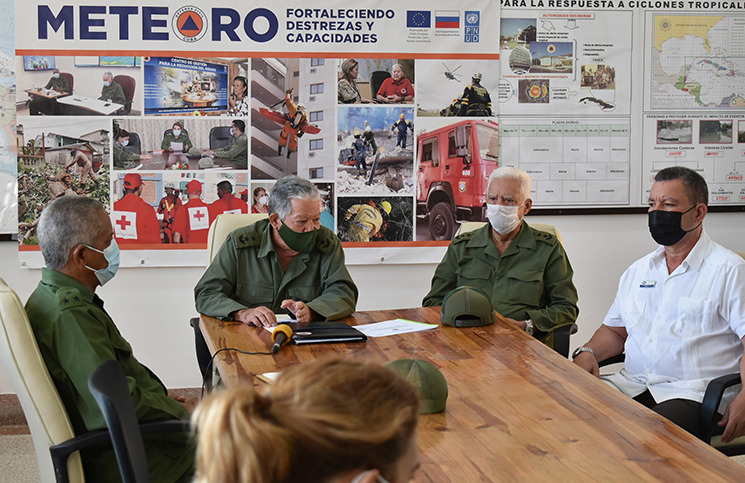 Havana, May 23 (RHC)-- Cuba carried out on Saturday preparation actions to reduce risks in the event of disasters, such as hurricanes and other natural phenomena, in the context of the  Meteoro 2021 annual drill.

Reserve Major General Ramón Pardo, chief of the National Civil Defense General Staff, pointed out that this year an active hurricane season is expected, preceded by a drought event in most of the territory.

According to a report by the Cuban News Agency, during a meeting, Pardo called to update the plans of measures and their backup and take into account the possible increase in the levels of infestation of the Aedes aegypti mosquito in this rainy season.

The exercise, in its 35th edition, is taking place in the midst of the complex epidemiological situation caused by the Covid-19 pandemic, but it is important to share experiences with leaders for integrated management in the face of natural disasters, he said.

Celso Pazos, director-general of the Institute of Meteorology, reported that, in addition to tropical cyclones and severe local storms, heavy rains and flash floods could also cause damage to the economy and the population.

According to a report in the Granma newspaper, Pazos recalled that during the hurricane season, although the greatest activity occurs between June 1 and November 30, in recent years, these types of organisms have been registered mainly in May.

For his part, Antonio Rodríguez, president of the National Institute of Hydraulic Resources, referred to the preparation of the system of surface and ground reservoirs for the coming rainy season and the unblocking and cleaning of the sewage and drainage systems.