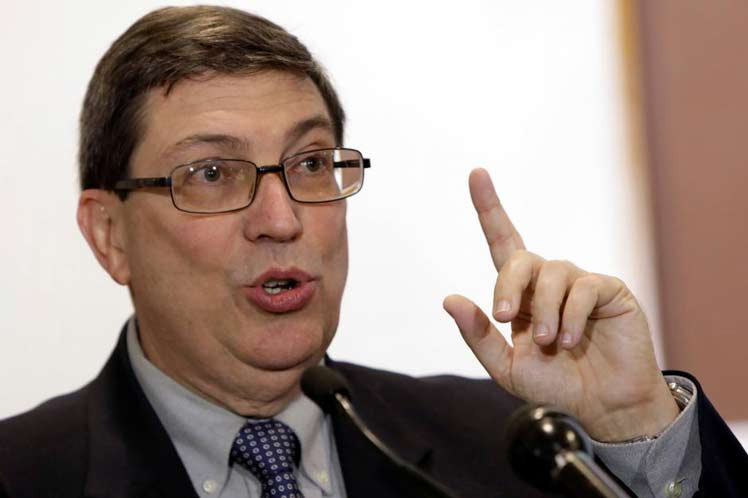 Havana, May 25 (RHC)-- Cuban Foreign Minister Bruno Rodriguez stressed on Tuesday that the U.S. President maintains coercive measures and unilateral lists implemented by the previous administration, despite the rejection of world opinion.

Rodriguez insisted on Twitter that President Joseph Biden is turning deaf ears to the vast majority of the Cuban and U.S. people by adopting the provisions of Republican Donald Trump.

'The abyss between discourse and reality is growing,' the foreign minister added.

Earlier, Rodriguez stressed on Twitter the ongoing hostility of the U.S. administration's policy against the Caribbean nation.

Biden's administration keeps Cuba on the list of countries that do not cooperate in the fight against terrorism,' he said.

The Cuban foreign minister said that this stance 'surprises and irritates' and he also lamented the application of the 243 blockade measures ordered by Trump.

The United States included the island in this list in May 2020. Last January also returned Cuba to the list of countries sponsoring terrorism, one of the last decisions taken by the Republican president before leaving the White House.

This inclusion of the Caribbean island has sparked the rejection of the international community.

The State Department announced Tuesday that Cuba and Venezuela would remain on the list of countries that do not fully cooperate with anti-terrorism efforts. The list also includes Syria, Venezuela, North Korea, and Iran.