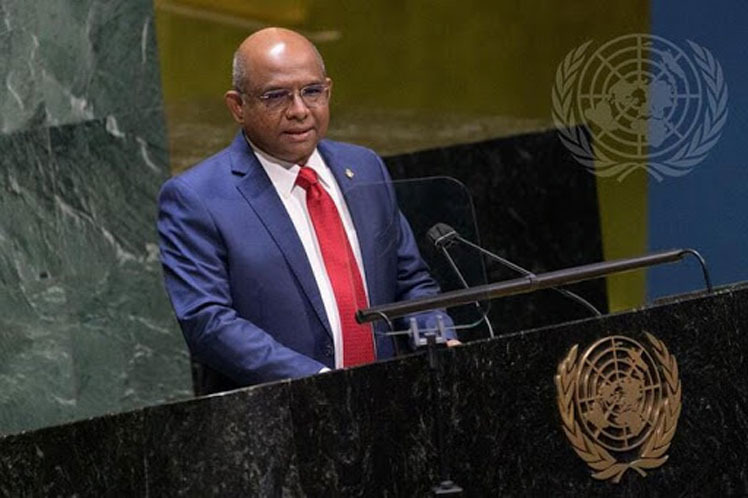 In conformity with the system of geographical rotation established by the UNGA, the Presidency election for the seventy-sixth session corresponded to the Asia-Pacific group of countries.

On this occasion, and as established in resolution A/RES/71/323 entitled Revitalization of the work of the General Assembly, each of the candidates had to present their strategic visions and hold interactive dialogues with the Member States.

These meetings were held from the beginning of May 2021.

This is the first time that the Maldives has presented a candidate for the Presidency of the General Assembly.

Among the elements that supported Abdulla Shahid's election were his commitment to multilateralism and his belief in the role of the United Nations as the forum par excellence for multilateral cooperation.