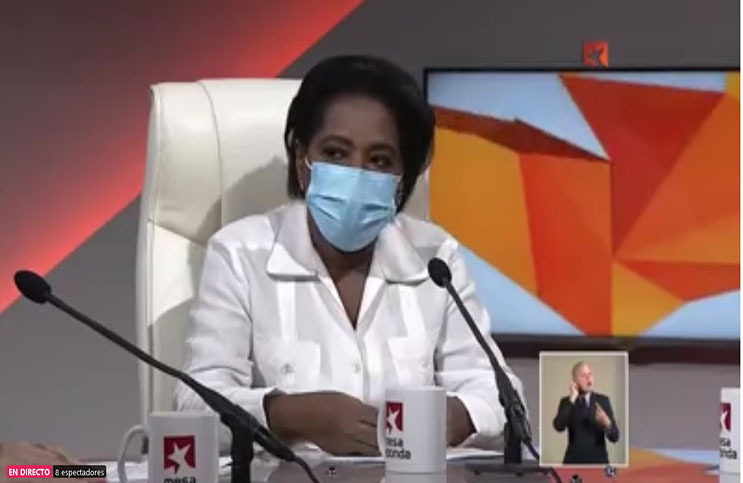 Havana, June 10 (RHC) The minister-president of the Central Bank of Cuba (BCC), Marta Sabina Wilson González  appeared Thursday on the radio T.V. program Mesa Redonda to explain the reason for the temporary suspension of bank deposits in cash of U.S. dollars.

At the beginning of the radio and television program, moderator Randy Alonso read a note in which the BCC informed that the acceptance of bank cash deposits of U.S. dollars is temporarily suspended.

"Given the obstacles imposed by the U.S. economic blockade so that the national banking system can deposit abroad the cash in U.S. dollars that are collected in the country, the decision has been made to halt the acceptance of bills of that currency in the Cuban banking and financial system," the BCC press release stated.

Consequently -it added, "as of June 21, 2021, Cuban banking and financial institutions will temporarily stop accepting deposits in the U.S. currency in cash.

"The measure implies that as of that date, natural and legal persons, both Cuban and foreign, will not be able to make deposits or any other transactions in U.S. dollars in cash in those institutions."

"The measure does not concern operations carried out by transfers or cash deposits of other freely convertible currencies accepted in Cuba, which may continue to be carried out without any limitation."

The Central Bank of Cuba explained that this "is a measure of protection of the Cuban banking and financial system, which applies only to U.S. currency in cash, not to existing accounts in that currency.

"Deposits in U.S. dollars held by individuals and legal entities are not affected at all by this measure."

It is - the statement continued - "an indispensable decision, because the Cuban banking system, under the limitations imposed by the economic, commercial and financial blockade of the United States, has been restricted for more than a year now, and to unusual extremes, the possibilities of depositing in international banks the U.S. dollar bills collected in the national territory.