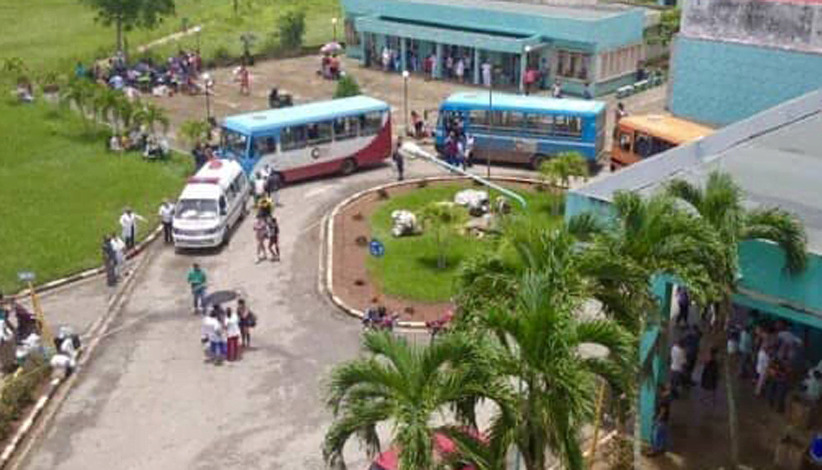 the earth tremmor caused damage to the infrastructure of the Comandante Pinares Hospital in San Cristóbal.

Havana, Jun 30 (RHC)-- Cuban President Miguel Díaz-Canel highlighted on Wednesday the beginning of recovery efforts after the recent seismic activity registered in the western part of the country, with a magnitude of 5.1 on the Richter scale.

The president pointed out on Twitter the permanent contact between the nation's top leadership and the authorities of the province of Artemisa, where the quake had the most significant impact.

The telluric movement, the fourth this year, took place the day before at 11:00, local time, at the preliminary coordinates: 22.8 degrees north latitude and -83.22 west longitude.

The National Center for Seismological Research reported the perceptibility of the tremor in several high buildings in Havana, in the towns of Candelaria and San Cristobal, in the province of Artemisa, and in the special municipality of Isla de la Juventud.

According to the local press, the sudden movement of the Earth caused damage to the infrastructure of the Comandante Pinares Hospital in San Cristóbal and to some houses.