Cuba: Covid-19 vaccination for children to begin in September 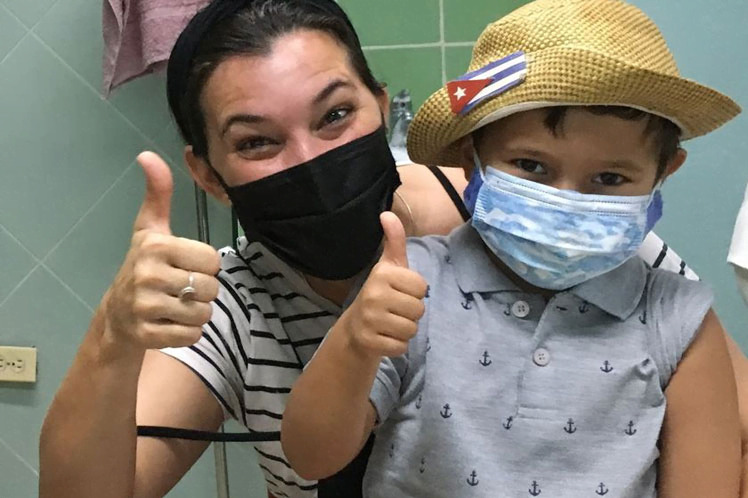 Pediatric clinical trials are underway on the island with children aging from 3 to 18 years with Soberana =2 and Abdala vaccine candidates.

Soberana-Pediatría is the first study authorized in Cuba for children aging three to 18.

350 minors and teens volunteered to be vaccinated in this first study and will be administered with a heterologous vaccination schedule of 0-28 and 56 days, with two Soberana 02 doses and one of Soberana Plus, both developed by the Finlay Vaccine Institute, and proving a 91.2% of effectiveness.

On Monday, the first 25 teens received their second Soberana 02 dose.

The sample is divided into two groups: the first made up of adolescents from 12 to 18 and the second of children from three to 11.

The objective of the trial is to evaluate the safety, reactogenicity, and immunogenicity of these candidates.

Meanwhile, a pediatric clinical trial with Abdala candidate began on Thursday in the province of Camagüey, with nearly 600 children and adolescents from that territory volunteering in two phases.

Dr. Sonia Resik, the senior researcher, specified that in this clinical trial - named Ismaelillo - the candidate´s safety and immunogenicity will be assessed.

'In its Phase I, the clinical trial was conceived in two stages: the first one will include teenagers aging 12 to 18 years who are physically and mentally fit, and who have the consent of their parents,' said Resik.