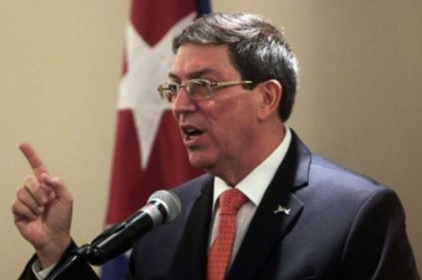 On  Twitter, the foreign minister stressed that the use of images out of context to convey instability in Cuba violates the principles of journalism while making them a tool of the campaign of hatred and disinformation against the island.

Last July 13, in a press conference with foreign correspondents and the national press, Rodriguez condemned the communication and political campaign promoted from the United States with destabilizing purposes.

He said that the protests on Sunday, July 11, opportunistically took advantage of the tension in the health system and the shortages caused by the economic situation, aggravated in the last two years by the reinforcement of the U.S. blockade.

Likewise, he demanded the cessation of hostile actions in the United States against citizens of Cuban origin who promote better ties between both nations.

The increase of threats from extremist sectors in Florida against Cubans living in the U.S. who oppose intervention in Cuba is a cause for concern, he wrote.