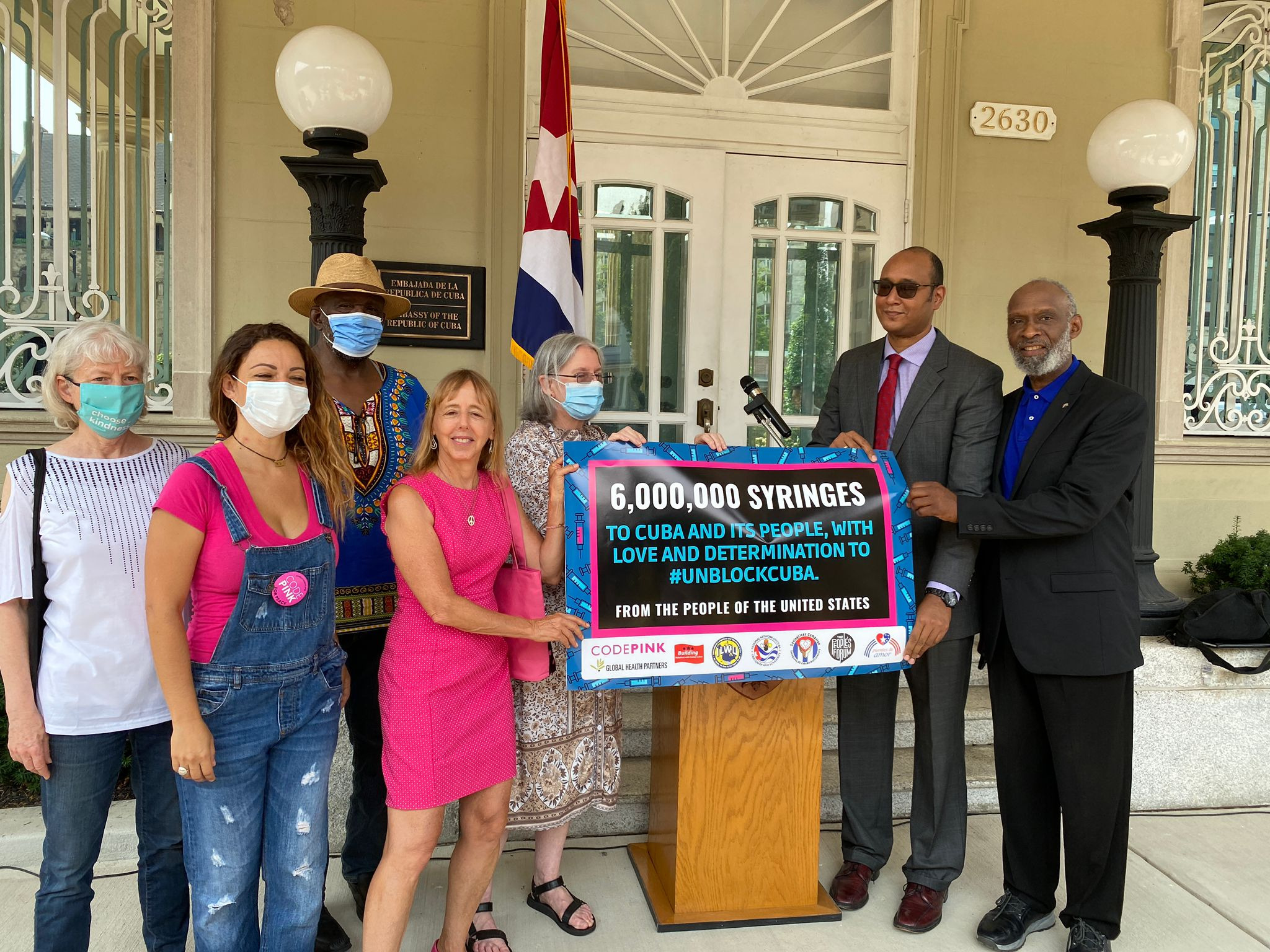 Havana, July 20 (RHC)—A coalition of solidarity organizations from the United States of America announced on Tuesday the arrival at the port of Mariel, in the western province of Artemisa, of a shipment of 6 million syringes collected by their members to help Cuba conduct its vaccination drive against Covids-19.

A news report aired Tuesday informed the initiative is part of a fundraising campaign to send medical supplies to the Caribbean nation to support the confrontation of the pandemic.

The procurement and the shipment of the suppliers were made by Global Heath Partners, a humanitarian organization that has shipped medicines and supplies to Cuba during the last 27 years.

Several US organizations opposed to the blockade joined the fundraiser, such as Code Pink, Bridges of Love, the National Network on Cuba, and the No Embargo Movement.

In a press conference at the Cuban Embassy in Washington, the solidarity activists voiced support for improving diplomatic relations.