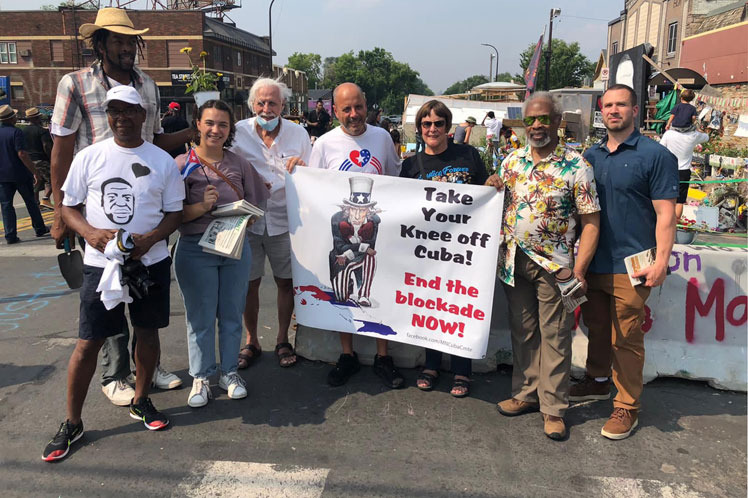 Carlos Lazo affirmed that at this moment, the United States also has its knee on the neck of
the Cuban people, who are saying I can't breathe with the sanctions.

Washington, August 1 (RHC)-- The sanctions imposed by the U.S. government prevent the Cuban family from breathing normally. Still, Washington continues to tighten its grip, denounced on Sunday the leading promoter of the Bridges of Love project, Carlos Lazo.

In statements to Prensa Latina, the activist said that after 40 days of pilgrimage through various U.S. cities, the solidarity caravan decided to temporarily end its journey in the place in Minneapolis where the African-American George Floyd was murdered.

There, a policeman had his knee on Floyd's neck while he said he could not breathe. Now that place has become a symbolic place for the American people, recalled the Cuban-American professor.

Lazo affirmed that at this moment, the United States also has its knee on the neck of the Cuban people, who is saying I can't breathe with the sanctions, I can't breathe in the middle of a pandemic, and yet Washington continues to squeeze.

That's why Bridges of Love chose this site in Minneapolis, Minnesota, and the day before, planted a sunflower for Cuba and its people in a small makeshift garden where many come to plant their hopes.

After Floyd's death, this space has emerged to remember the murders of African Americans: people from all over come to plant plants and flowers.