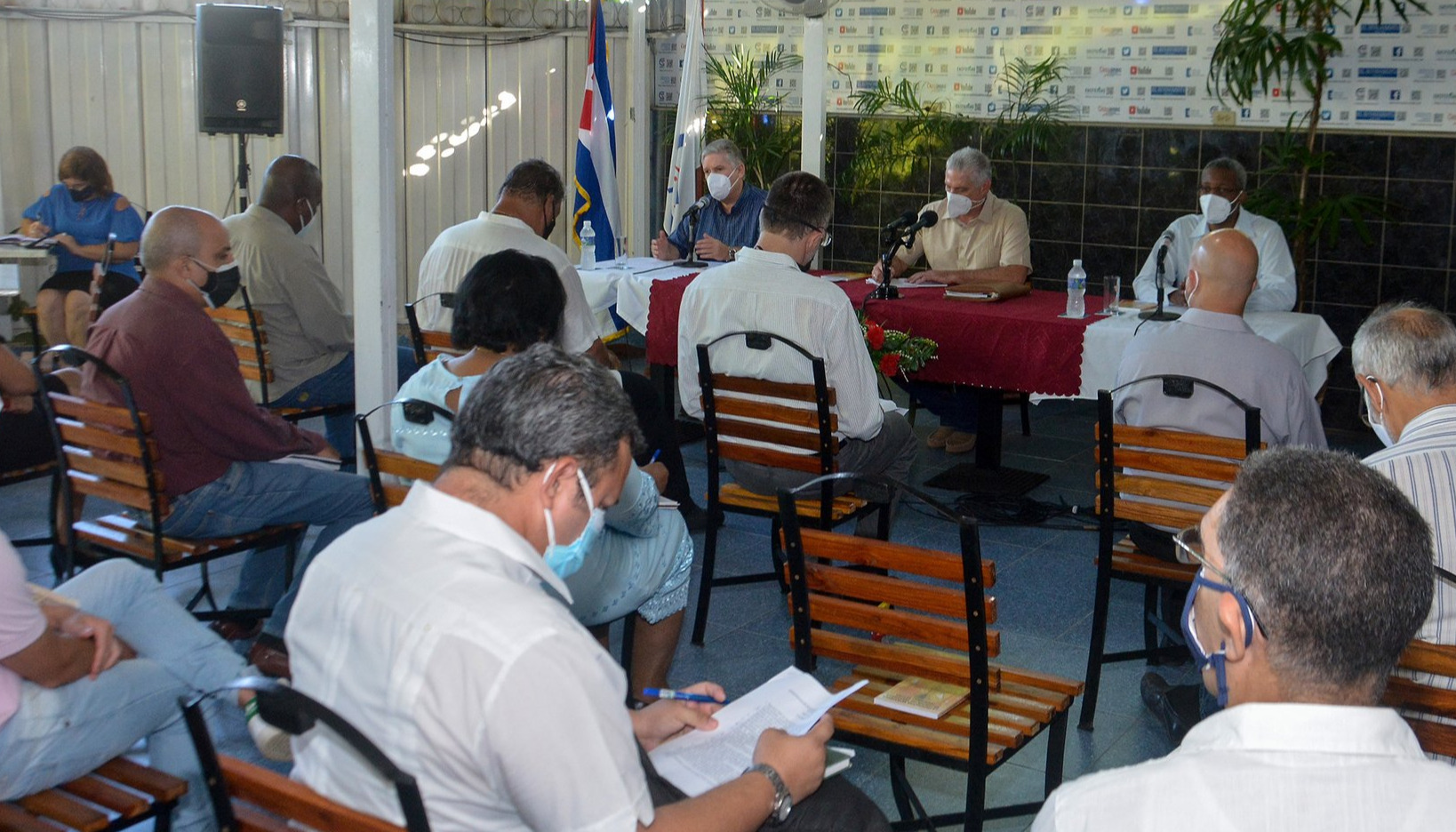 Havana, Aug 4 (RHC)-- Cuban President Miguel Díaz-Canel described as motivating a meeting he held Wednesday with researchers, professors, and students linked to the economic sciences, and highlighted the contribution of the exchange to the country's development strategy.

The meeting, held at the headquarters of the National Association of Economists and Accountants in Havana, allowed discussing how to face the challenges in the island's agenda and advance in implementing the plan for progress until 2030.

According to a Cuban television report, a central theme was the imperative of attracting foreign financial flows and the ways to do so.

In this regard, participants noted the importance of establishing a more attractive policy for foreign investment in terms of incentives and risk reduction and linking these funds to local development.

Likewise, the participants insisted on clarifying the definitive profile of the socialist state enterprise, the leading economic actor of the nation.

Other points analyzed were the investment strategy in tourism, the search for alternative ways to channel remittances, the updating of the financial and banking system, and the need to generate a greater dialogue with the non-state sector.

At the meeting, there were criteria on the usefulness of promoting the economic culture of the population. A proposal for a business guide was presented, which records the Cuban business network and specifies contacts, geographic location, the corporate purpose of the entities while opening the possibility of tracing productive chains.

One suggestion was the creation of a space in the universities to analyze young people's projects and undertakings and to set up working groups to make important changes.

The President said this was the first of a series of exchanges with representatives of different sectors of society that will take place this week.