Cuba thanks Canadian donation of syringes for COVID vaccinations 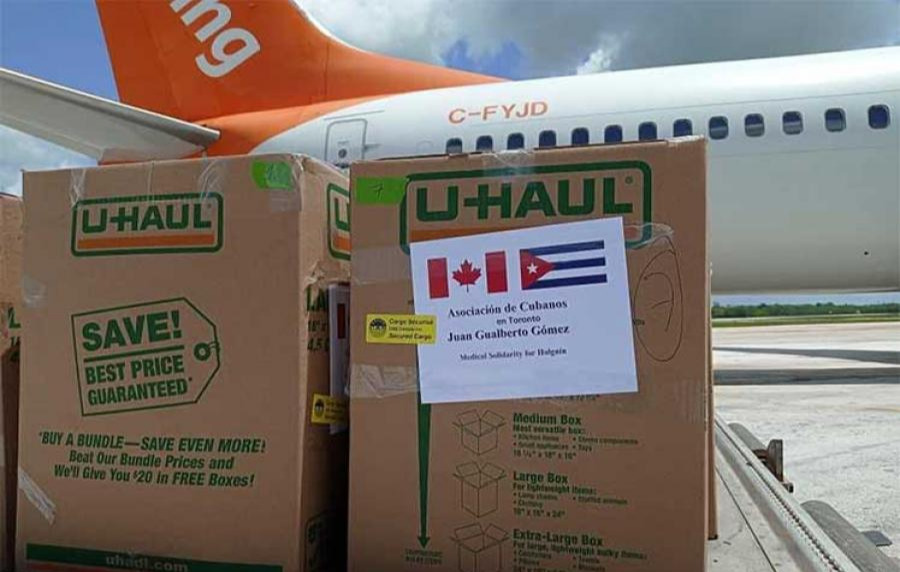 ​Cuba thanks Canadian donation for vaccination against COVID-19​​

Havana, August 18 (RHC)-- The Cuban Institute of Friendship with the Peoples (ICAP) today expressed appreciation for a donation from the Canadian Solidarity Network with the island, consisting of 1,920,000 syringes to support vaccinations against COVID-19.

During the act of receiving the cargo in Havana, the first vice president of ICAP, Noemí Rabaza, highlighted that 20 organizations, friends of the Caribbean nation, unions and Cubans residing there managed to raise more than 130 thousand dollars for the initiative.

‘All of them had to face the restrictions and obstacles imposed by the absurd policy of economic, commercial and financial blockade imposed by the United States on Cuba, exacerbated in the midst of the COVID-19 pandemic,’ she said.

Recently, the Government of Canada and the United Nations Children’s Fund managed to send a donation to the island with more than 1,200,000 tablets and 400,000 ampules of dexamethasone, a drug with anti-inflammatory effects.

Solidarity groups from countries such as Germany, Italy, Mexico, Panama and the United States deployed campaigns to collect funds and purchase syringes, with the purpose of contributing to the vaccination process in the island territory.

According to the Ministry of Public Health, more than four million 835 thousand people received at least one dose of the immunogens of national production against the disease caused by the coronavirus SARS-CoV-2, and of them three million 37 thousand 69 completed the three injections.

The nation is going through a complex situation due to the tightening of the blockade applied by Washington for almost six decades and the current outbreak of the pandemic.