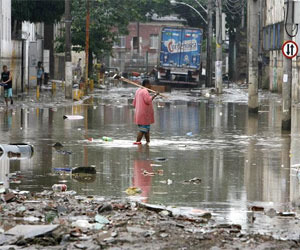 Havana, August 26 (RHC). Cuban Foreign Minister, Bruno Rodríguez, regretted the loss of human lives and the effects on Venezuelan families caused by the heavy rains that hit that nation.

The foreign minister reiterated on Twitter the "unwavering solidarity and support to the Bolivarian people and government, with the certainty that they will overcome adversities".

Venezuelan President Nicolás Maduro assured that "no one will be left without attention", while announcing the approval of the use of the necessary resources to relief the damages.

According to the sectorial vice-president for Citizen Security and Peace in Venezuela, Remigio Ceballos, tons of supplies such as drinking water and food were sent to help the 54,500 people affected, more than 14,000 families in 87 municipalities.