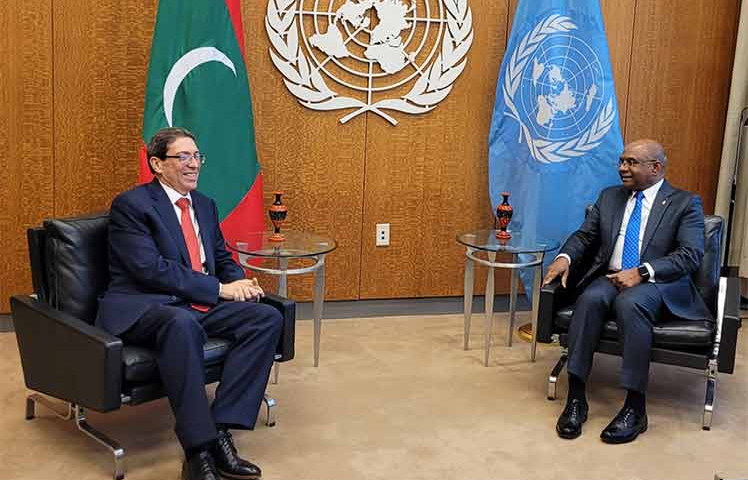 'I highlighted the necessary defense of multilateralism and strict respect for the purposes and principles of the UN Charter,' the foreign affairs minister wrote on his Twitter account.

The two sides held a dialogue within the framework of the high-level segment of the UN General Assembly, which will be in session until September 27.

Previously, the Cuban Foreign Minister spoke with his Russian counterpart, Sergey Lavrov, whom he thanked for the help sent to face Covid-19 on the island.

Rodriguez also met with the head of Venezuelan diplomacy, Felix Plasencia, to whom he reiterated his solidarity with the Bolivarian Revolution and the rejection of unilateral coercive measures against that South American nation.

He also spoke with the UN High Representative for the Alliance of Civilizations, Miguel Ángel Moratinos, and with the executive director of the Joint United Nations Program on HIV/AIDS (UNAIDS), Winnie Byanyima. In the vote for president of the Assembly, Abdulla Shahid won with the support of 143 countries over Afghan diplomat Zalmai Rassoul, who received the backing of 48 nations. (Source: Prensa Latina)