Díaz-Canel thanks Bolivian president for solidarity with Cuba 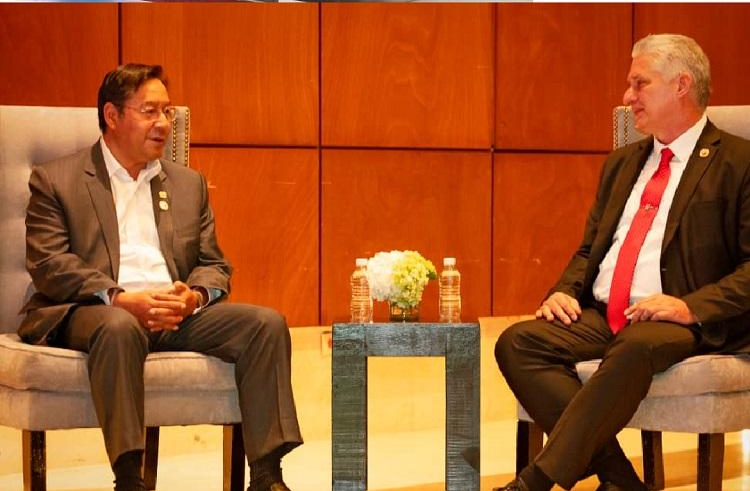 Meeting between the two leaders in Mexico City during the CELAC Summit.

Havana, September 24 (RHC)-- Cuban President Miguel Díaz-Canel thanked his Bolivian counterpart Luis Arce on Friday for his solidarity with the Caribbean nation in the face of the economic, commercial and financial blockade imposed by the United States.

Through his Twitter account, the Cuban president stressed that the archipelago has the support of Latin America and the world to defeat that genocidal policy, condemned for almost 30 years at the United Nations General Assembly (UNGA).

It is a crime against humanity, but at the same time a regrettable example of how the decisions of this Assembly are not complied with by certain countries', said the Bolivian head of state.

During the 76th session of the UNGA, several nations ratified their solidarity with Cuba and expressed their rejection of Washington's hostility.

Venezuela, Suriname, Costa Rica and Guyana, among others, demanded the cessation of unilateral measures contrary to international law that affect the Cuban people, as well as asked that the decision of the majority of UN member states, who voted in favor of the elimination of the blockade, be respected.

For 29 consecutive occasions the UNGA approved a resolution to put an end to the US blockade, which in six decades of application has affected the island's economy causing the loss of 147,853.3 million dollars, at current prices.