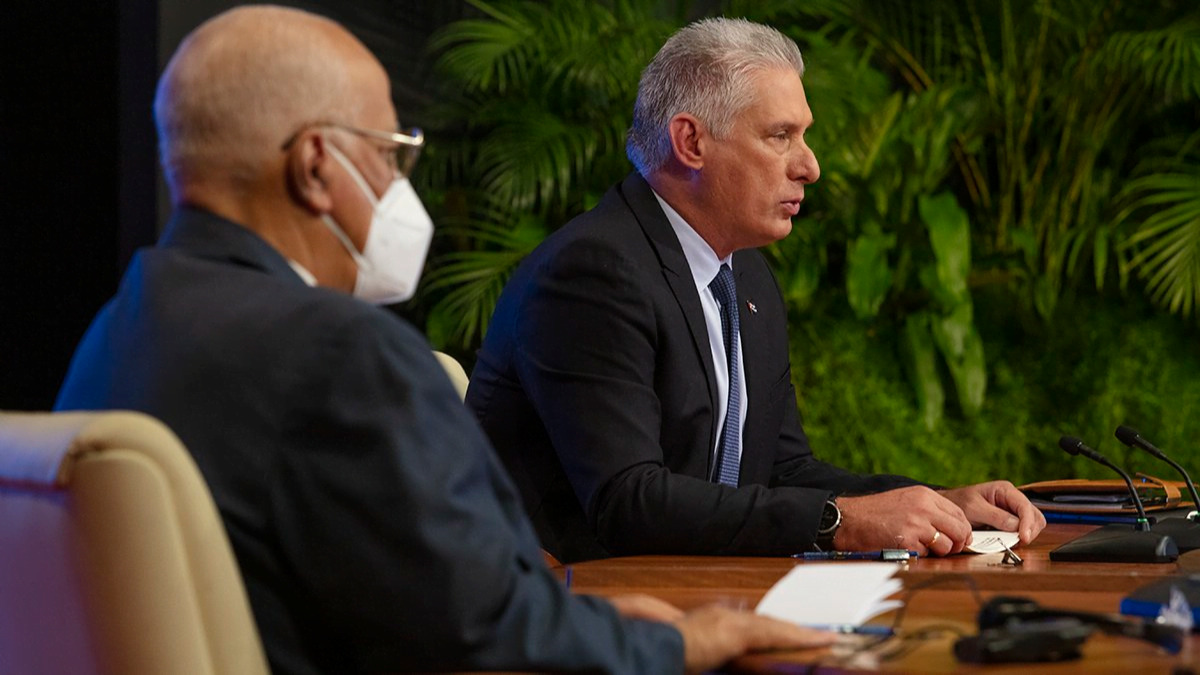 Minsk, October 14 (RHC)-- Cuban President Miguel Díaz-Canel announced Thursday that from November 4 to 7, Havana will host the second session of the Joint Commission for Collaboration with the Eurasian Economic Commission.

The Cuban leader participated via the Internet in the meeting of the Supreme Eurasian Economic Council, made up of heads of state and government of Russia, Belarus, Kazakhstan, Armenia, and Kyrgyzstan, and Moldova, Uzbekistan, and Cuba, which have observer status.

In his virtual address, he noted that the Joint Action Plan will be signed in the island's capital. Its implementation will make it possible to intensify and systematize collaboration between the Eurasian Economic Union (EEU) and Cuba, both at the official level and in business circles.

The head of state reaffirmed his country's willingness to continue promoting bilateral ties in areas of common interest and to work together to strengthen this integration project.

It is a challenging task, but we are sure that we will achieve it with political will.

Díaz-Canel stressed that under the current situation, collaboration among nations is the only guarantor of the sustainable development of countries' economies, a fundamental condition to guarantee the well-being of their peoples.

To cooperate is the key verb, when our agendas coincide in one priority: the confrontation of the Covid-19 pandemic, already considered the most complex health crisis that humanity has experienced in the last 100 years,' he said.

He pointed out that in the case of Cuba, the crisis is aggravated by the deliberate and opportunistic tightening of the economic, commercial, and financial blockade imposed more than 60 years ago by the government of the United States.

He pointed out that it has been difficult, but not impossible, for the Caribbean island to face the pandemic combined with increased aggressiveness from abroad.

Díaz-Canel underscored that despite Washington's blockade, the country developed in an accelerated manner advanced research and novel protocols that resulted in effective immunizers against the SARS-CoV-2 coronavirus.