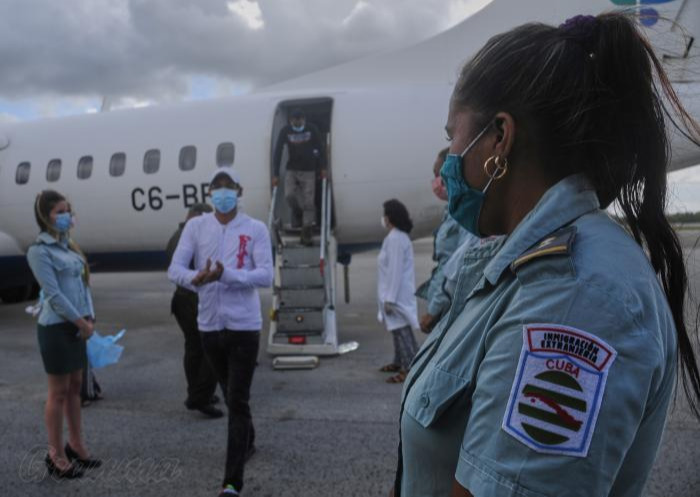 Havana, November 24 (RHC)--In compliance with migration agreements between Cuba and the Bahamas, a flight from that Caribbean island brought to Havana 61 irregular Cuban migrants intercepted at sea, who were trying to reach the United States.

This is the sixth migration operation of this type carried out in 2021, with the return of 184 people, who, encouraged by the benefits of the Cuban Adjustment Act, aspired to reach U.S. soil.

The group, made up of four women and 57 men, received medical attention to detect Covid-19 infection and were then transferred to their provinces of origin.

According to Colonel Lázaro Delgado Chaple, deputy chief of the Directorate of  Identification, Immigration, and Alien Affairs Directorate, 1,255 undocumented Cubans have been returned in 60 bilateral operations with Mexico, the Cayman Islands, and the Bahamas.

He warned about the dangerous nature of this crossing using makeshift boats, which is why Cuba advocates for orderly migration.

He explained that the increase in this illicit activity is due to the U.S. incentive for Cuban migrants and the complex situation in the country due to the tightening of the U.S. blockade.

These extraterritorial measures include Cubans completing U.S. migratory procedures in third countries,  forcing them to incur additional expenses for food, transportation, and lodging, due to the partial closure of the embassy in Havana since 2017.

All of this complicates Cubans' normal regular migration process and is compounded by the fact that the U.S. government is constantly violating the agreements on this issue.